University of Otago, Christchurch researchers played a key role in new global research showing the causes of the eating disorder anorexia are likely metabolic as well as psychological.

The findings, published in Nature Genetics, are likely to give hope to patients, their families, and new direction to clinicians and scientists looking for better treatments for the disease with the highest mortality rate of any psychiatric disorder. 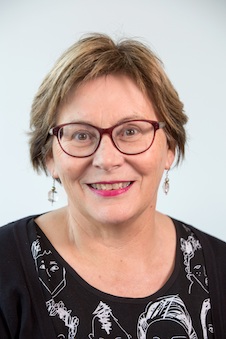 They suggest people are born with a biological predisposition to developing the disease that affects function of the brain as well as the metabolic system, and considering both these factors is important when exploring new avenues to treat it.

Anorexia Nervosa Genetics Initiative (ANGI) researchers sampled the DNA of almost 17,000 patients and compared this with over 55,000 “control cases” (without anorexia nervosa) recruited from 17 countries across North America, Europe and Australasia. The lead researcher was Professor Cynthia Bulik from the University of North Carolina (USA) and the Karolinska Institute (Sweden) who worked with more than 100 other scientists, including lead researchers from New Zealand – the University of Otago, Christchurch’s clinical psychologist and senior lecturer Dr Jenny Jordan and genetics Professor Martin Kennedy.

The ANGI team found eight genetic variants significantly associated with anorexia nervosa, showing the origins of this serious disorder appear to be both metabolic and psychological. The researchers also found:

University of Otago, Christchurch researcher Dr Jenny Jordan says current treatments for anorexia nervosa are primarily psychological therapies that help patients with the critical but difficult task of regaining weight and re-establishing normal eating.  There are no specific medications for anorexia nervosa.

“The ANGI findings give us a new way of looking at this disease. For example, many people diet but only a few develop anorexia nervosa with very low levels of weight and sometimes extreme levels of exercise. The findings that there are genetic differences relating to metabolism in people with anorexia in our study helps make sense of that. It may also help explain in part why recovery is such a struggle. These findings, that it is not just a psychiatric condition, will be hugely validating for many with anorexia nervosa and their families, Dr Jordan says.

University of Otago, Christchurch’s Professor Martin Kennedy says the findings indicate that people are born with a genetic predisposition for developing the disease.  What this means is that they are more prone to developing the disorder, although not everyone with those patterns of DNA will do so.

“Our hope is these fundamental genetic insights will point to better ways of preventing the disorder, and better medications that target the underlying biology. Nobody chooses to succumb to this awful disease, and we need these kinds of new insights to help people survive and move on with their lives.”

Want to learn about future research or be part of it?