People living in the Pacific Islands are dying regularly from highly treatable cancers because of a lack of cancer care services around the region, researchers say. 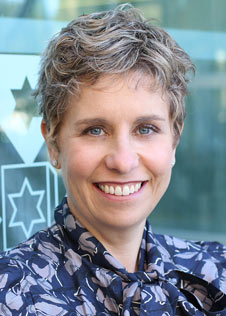 In the first of a major series on cancer control in small island nations published in The Lancet Oncology, lead author Professor Diana Sarfati, of the University of Otago, Wellington, says few people in New Zealand understand just how poorly served our closest neighbours are in relation to cancer.

“Many Pacific Island countries and territories either lack or have poorly developed cancer screening, pathology, oncology, surgical and palliative care services. Added to this, access to morphine is very limited, so death can often be excruciating,” she says.

Professor Sarfati says because of the lack of cancer screening and diagnostic services, patients often tend to seek medical attention only when their cancers are at an advanced stage. Data from the Pacific Regional Central Cancer Registry between 2007 and 2015 showed that more than 70 per cent of adult cancers were diagnosed at stage three or later in all of the United States-affiliated Pacific Island states, which include American Samoa.

“Many Pacific Island nations are unable to provide cancer care, with patients not receiving care at all, receiving restricted treatment only, or being treated abroad when health-care resources allow.”

Pacific nations are facing the double burden of dealing with cancers linked to poverty and infection, as well as those associated with obesity and tobacco use, she says.

“Cancers linked to poverty and infection are coinciding with those cancers that are more associated with a changing diet, physical inactivity, obesity and exposure to tobacco, such as lung, breast and uterine cancers.”

About 16,200 new cancer cases and 9,800 cancer deaths are reported in Pacific Island nations annually. Around half of the cancer cases and deaths in men are due to cancers of the lung, liver, lip and oral cavity, prostate or stomach. Cervical cancer remains the second leading cause of cancer death for women (after breast cancer) in the Pacific because of the lack of Human papillomavirus (HPV) vaccination and screening.

The researchers say once the effect of population growth and ageing is taken into consideration, Pacific Island states could be dealing with between 20,000 and 45,000 additional cancer cases and between 12,000 and 28,000 additional deaths a year by 2040. 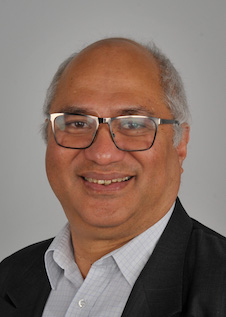 In Tokelau, the smallest of the 22 Pacific Island countries and territories, there is no airport or port, and all off-island travel must go via Samoa, a 24 to 30-hour boat journey available fortnightly.

“The small populations of these geographically isolated islands, which are regularly exposed to natural disasters, means that few financial or personnel resources are available for cancer care.

“Additionally, this region has been largely neglected in global cancer control agendas.”

The authors have recommended six targeted approaches to improve cancer outcomes in the region: