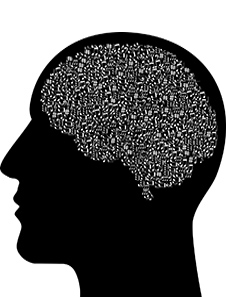 Stereotypically viewed as passive and immobile, a University of Otago pilot study has shown the powerful influence music and dance can have on older adults with dementia.

Researchers from the Department of Dance and Department of Psychological Medicine used familiar, reminiscent music and the natural gestures of a group of 22 participants to create an original series of dance exercises.

Performed over 10 weekly sessions, the intuitive movement re-embodiment (IMR) programme provided humour, imagination, and intuition which motivated the participants to dance and interact with joy.

The study results, published in the American Journal of Alzheimer's Disease & Other Dementias, show participants reported significant improvements in their quality of life after session six.

“They responded to the music greatly and showed enthusiasm in moving to the music regardless of their physical limitation. Positive responses such as memory recalling, spontaneous dancing and joking with each other were observed in every session.

“These observations have certainly reversed the stereotypical understanding of this group of people being passive and immobile. The music stimulates their responses much better than verbal instructions,” Ms Choo says.

The researchers now intend to expand the pilot study, refining and enlarging the IMR programme to better cater to the needs and conditions of the participants.

Ms Choo hopes further research will gain the programme support and recognition from the medical community.

“There is scope for future exploration of creativity and dementia.”

She believes the use of arts, including painting, music, drama and dance, has been undervalued in the clinical field, due to a lack of standardized conduct and consistent study results.

“As a former dancer and current dance educator, I understand the ‘less important role’ of arts in the society, as well as the insignificant therapeutic effects of music and dance for dementia, when compared to clinical research of much larger scale,” she says.

The Effects of Intuitive Movement Reembodiment on the Quality of Life of Older Adults With Dementia: A Pilot Study