First eDNA Study Of Loch Ness Points To Something Fishy 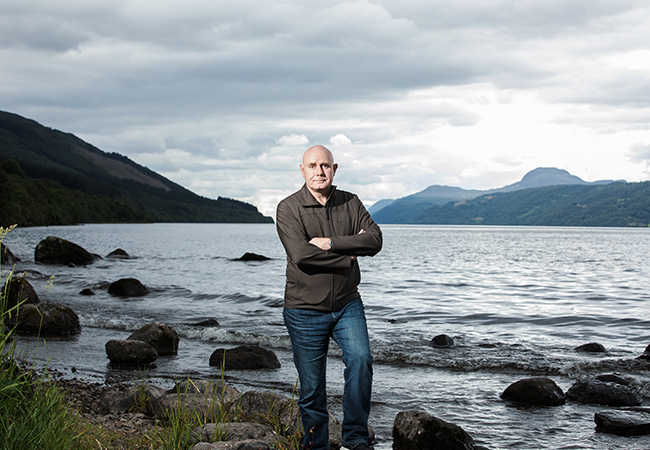 University of Otago geneticist, Professor Neil Gemmell can today announce the results of investigations into the environmental DNA present in the British Isles largest and second deepest body of fresh water, Loch Ness.

“Most species are so small you can barely see them but there are a few that are larger and of course the question we're all asking is - is there anything big enough to explain the sorts of observations people have made over the years that have led to this myth or this legend of a monster or creature in Loch Ness?” Professor Gemmell says.

In conjunction with this announcement, a documentary team from Travel Channel has been on the journey with Professor Gemmell and his team, with a two-hour special set to premiere in the United States on Travel Channel and in the UK on Discovery Channel on September 15.

“The search for Nessie is one of the world’s most iconic and beloved mysteries, capturing our imaginations and sense of adventure,” says Matthew Butler, GM, Travel Channel. “This scientific expedition for answers to what could be lurking beneath those waters is extremely captivating viewing.”

With over a thousand reported sightings dating back to the 6th century, Professor Gemmell says of all the ideas for what people have seen in the water, one of the more common, and outrageous, is there might be a Jurassic-age reptile or population of Jurassic-age reptiles such as a plesiosaur present in Loch Ness.

“We can't find any evidence of a creature that's remotely related to that in our environmental-DNA sequence data. So, sorry, I don’t think the plesiosaur idea holds up based on the data that we have obtained,” Professor Gemmell says. 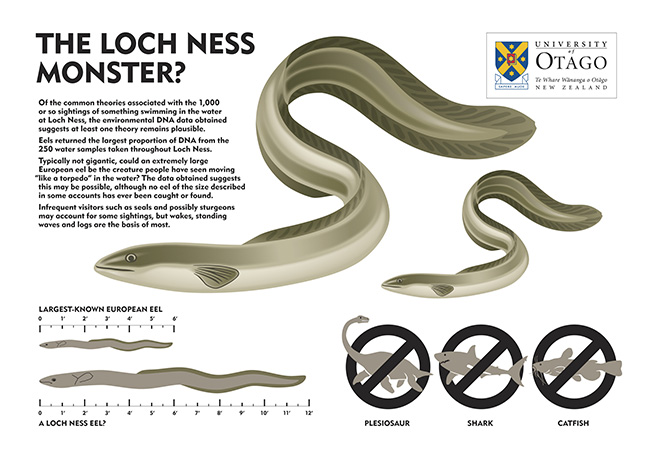 He notes that in 1933 researchers had also proposed that a giant eel might in fact be the explanation for some of the sightings made then. That idea then waned as notions of extinct reptiles became more prominent.

He notes other evidence such as the video shot by Mr Gordon Holmes in 2007 which shows a four metre torpedo-like shape seemingly swimming on the Loch’s surface support the hypothesis of a giant eel, large fish, or perhaps a marine mammal.

“Divers have claimed that they've seen eels that are as thick as their legs in the loch, whether they're exaggerating or not - I don't know - but there is a possibility that there are very large eels present in the loch. Whether they are as big as around four metres as some of these sightings suggest – well, as a geneticist I think about mutations and natural variation a lot, and while an eel that big would be well outside the normal range, it seems not impossible that something could grow to such unusual size.”

Professor Gemmell is philosophical about the study findings, and believes no matter what science says, there will always be belief in the Loch Ness monster.

“What I’m most satisfied with is that we came here to study environmental DNA, and our analysis has captured everything we thought is in the loch. We now have an excellent database which if compared to any future testing could enable us to identify trends and changes in the Loch environment. That is essentially the benefit of eDNA – it is an extremely powerful and robust tool to document the living things (both large and microscopic) present in a given place. It’s going to be extremely useful in the future as the technology becomes quicker and more accessible, more data is created.”

Professor Gemmell says one of the more intriguing findings was the strong input of DNA from land-based species in the Loch.

“We found substantial levels of DNA from humans and a variety of species directly associated with us such as dogs, sheep and cattle. However we also detected wild species local to the area such as deer, badgers, foxes, rabbits, voles and multiple bird species. These findings indicate eDNA surveys of major waterways may be useful for rapidly surveying biological diversity at a regional level.”