The University of Otago’s 2020 Arts Fellows look set to continue a strong tradition of contributing to New Zealand’s cultural canon, with next year’s recipients including award-winning writers, musicians, dancers and artists.

Pro-Vice-Chancellor, Humanities, Professor Tony Ballantyne says selections were made from a competitive field of applicants, and recipients were chosen because their work will forge “vital links to our arts communities, to our city, and the public.”

“Through their creative work and their presence in our community, the Fellows open up new possibilities and initiate important discussions about how these creative traditions illuminate our history, and also celebrate art at national and local levels by producing new music or works, and opportunities for the public to engage with an array of cultural pursuits,” Professor Ballantyne says.

The Fellows receive a stipend for between six months and one year, and space on campus to pursue their creative projects. Past Fellows have created dance performances, orchestral compositions, poetry, novels and children’s books during their tenure.

Next year the Frances Hodgkins Fellow is Bridget Reweti, the Robert Burns Fellow is Dr John Newton, the Caroline Plummer Fellow in Community Dance is Kristie Mortimer, the Creative NZ University of Otago College of Education Children’s Writer in Residence is Elena de Roo, and Kenneth Young is Mozart Fellow.

Dr John Newton, the 2020 Robert Burns Fellow, is a poet and literary historian 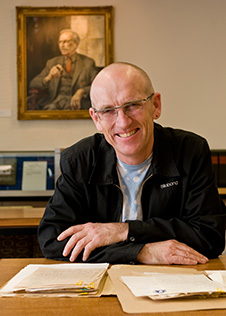 His publications include three volumes of poetry, most recently Family Songbook, and two works of literary history, The Double Rainbow: James K. Baxter, Ngāti Hau and the Jerusalem Commune (2009) and Hard Frost: Structures of Feeling in New Zealand Literature 1908-1945 (2017).

Dr Newton says he was delighted to receive the Fellowship, and is looking forward to writing the second instalment of a three-volume history of 20th Century New Zealand writing (which follows on from Hard Frost) entitled Where Exactly Are We?, covering 1946 to 1968.

“I’m grateful to have the uninterrupted time that I need to work on a big project. It’s also nice to have the vote of confidence. I’m aware that what I’m doing doesn’t have a mass audience, so it’s nice to know that someone thinks the book is worth investing in.”

Dr Newton works in various literary genres, including literary history, cultural history and poetry, and also describes himself as a “weekend musician.”

Next year, in addition to his satirical verse novel Escape Path Lighting, he will publish a book about Christchurch sculptor Llew Summers who died in mid-2019.

Kenneth Young, one of the country’s most wide-ranging and distinguished musicians, is the 2020 Mozart Fellow 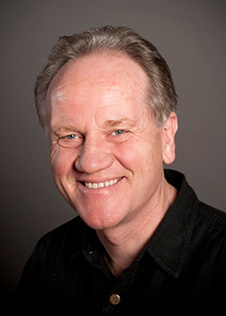 He has received many major music awards, both as conductor and producer, and has conducted orchestras both here and overseas.

He was principal tuba with the NZSO and has had a long involvement as brass tutor and lecturer at the NZ School of Music / University of Victoria in music, composition, orchestration and conducting.

Young says the Fellowship will give him the “space, time and support” to undertake two large projects he has been considering for some time: a new one-act opera and a fourth symphony.

He will relocate to Dunedin for the Fellowship.

“This pleases me greatly because, although I have had no official connection with the University of Otago previously, I have collaborated on various projects with members of the Music department over the years, and I have also regularly conducted the Dunedin Symphony Orchestra for the past 30 years, and I love the city. I’m very excited and grateful.” 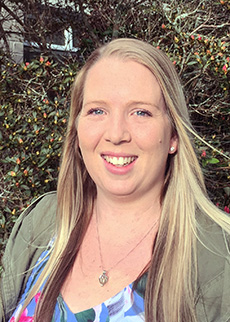 Mortimer is currently researching her PhD in Dance Studies at the University of Auckland on dance education and community dance practices, which complements her extensive teaching experience.

Her proposed Fellowship project is “Dance with offenders, at-risk youth and children of offenders”.

Its three main aims are to facilitate weekly dance classes at the region’s Corrections Facility; an activity with an organisation who works with children of prisoners; and weekly classes for at-risk youth or offenders who are being reintegrated into the community.

“I was extremely honoured and excited to find out that I would be the Fellow for 2020. I’m currently working on completing my PhD and the Fellowship offered the perfect opportunity to continue providing dance experiences with diverse groups of people in our communities.”

Mortimer learnt about the Fellowship at a community dance conference in Dunedin in 2015, and has since been waiting for the right time to apply.

“I felt empowered reading and hearing about Caroline Plummer and her beliefs and aspirations for community dance in New Zealand. Her comment, ‘I can only hope dance can be utilised in more and more positive ways to help embrace the diversity and difference that makes our world so fantastic’ is what resonated with me most. I share Plummer’s vision to ‘inspire education, healing, and peace in our community’. To be able to provide dance within the Otago community as the Caroline Plummer Fellow is truly an honour.” 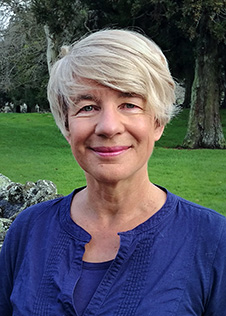 De Roo is a children’s author and poet who has published in New Zealand, Australia and the UK. She has won a number of awards, including the Todd New Writer’s Bursary and three Storylines Notable Book Awards.

Her proposed Fellowship project is a novel for children called Cam and the Bird People in which the fantasy world and characters are inspired by the mysterious, dream-like bird-people paintings of New Zealand painter Bill Hammond. She hopes her work will provide children with one of many possible ways into contemporary New Zealand art. De Roo is also planning a book of poems for children.

She is also planning a book of poetry for children and hopes her work will help make art more accessible to children.

“I am thrilled and feel extremely fortunate to have been named the Children’s Writer in Residence. Ever since taking the phone call, I’ve been walking around with a quiet smile inside. I’m also excited to have an office on campus to work from for the six months of the residency and the opportunity to live in and explore Dunedin, a UNESCO City of Literature.

“To be given the opportunity to write full-time for six months in a university environment, not to mention the Robert Lord Writers Cottage to stay in and an income, is an enormous privilege, which will allow me to focus solely on my writing. But perhaps just as (or even more) important than this, is the feeling of validation receiving the Fellowship gives you as a writer.”

De Roo says she has recently begun examining her own childhood literary influences, and has come to the realisation they were mostly written by US and UK authors.

“For this reason, I decided it was important to me to make my next work – the middle-grade fantasy novel I will be working on while on the residency – more relatable and recognisable to New Zealand children.”

De Roo lives in Auckland and so will take up the residency in the Robert Lord Cottage. 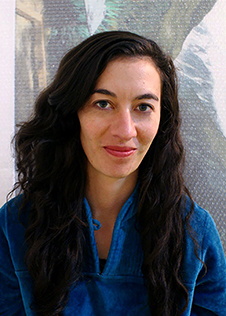 Reweti says her creative projects are steeped in the “histories of whenua.”

Her work spans the fields of photography and moving images, and embraces early media – such as the camera obscura – and contemporary technologies. It has often featured the use of customary Māori narratives and names, which are used in conjunction with contemporary communications media.

Reweti has had residencies in Singapore, Indonesia and Canada, and throughout Aotearoa; most recently as the Caselberg Artist in Residence in Broad Bay.

In addition to working collaboratively with the members of Mata Aho Collective and as co-chair of the Enjoy Contemporary Art Space Trust, Reweti co-edits the annual peer-reviewed ATE Journal of Māori.

She says her reaction to receiving notification of the Fellowship was “one of disbelief.”

“I think I cried and laughed at the same time and asked if they had the right person. I felt a wave of relief because I've been moving around, juggling different projects and hustling contracts for a while now. I can't wait to be in one place with a studio and a salary for a whole year.”

The Fellowship will allow Reweti to develop “evolving themes” further, including indigenous engagement with the whenua.

“I have a particular interest in leaning into the complexity of making work in landscapes that I do not whakapapa to, unpacking my position as a manuhiri and resisting developing works that rely on essentialist readings. I've had many projects rolling around in my head for some time, so I know the time and space of the Fellowship will definitely allow for my work to develop even further.”

She describes being based in Dunedin so close to the Tākitimu ranges, a waka that she whakapapa’s to, as “incredibly exciting.”

“I'm interested in continuing my research into Tamatea Pōkai Whenua, whom one of my whare tīpuna is named after in Tauranga Moana. They travelled over land and sea around Aotearoa, including to the Ōtākou rohe.”

The Frances Hodgkins Fellowship, named after one of New Zealand's most distinguished artists, was established in 1962 to aid and encourage painters, sculptors and other artists and to foster an interest in the arts at the University. Past winners include Ralph Hotere, Grahame Sydney, Marilynn Webb, Fiona Pardington, Shane Cotton and Heather Straka.

The Mozart Fellowship was established by the University of Otago in 1969. The purpose of the Fellowship is to aid and encourage composers and performers of music in the practice and advancement of their art, to associate them with the life of the University and to foster an interest in contemporary music. Mozart Fellows often produce a concert of their works during their Fellowship year. Successful applicants include many of New Zealand's significant composers, such as John Rimmer, Anthony Ritchie, Gillian Whitehead and Christopher Watson.

The University of Otago College of Education / Creative New Zealand Children's Writer in Residence is the only residency for a children’s writer in New Zealand. Begun by the Dunedin College of Education in 1992, it allows writers to work full-time in a compatible environment among colleagues who are concerned with the teaching of reading and literature to children. It is jointly funded by the University and Creative New Zealand. The residency is offered in association with the Robert Lord Writers’ Cottage Trust, which provides rent-free accommodation to writers in the historic Titan Street cottage bequeathed by the late playwright Robert Lord. Residents include Central Otago children’s book writer Kyle Mewburn, and Dunedin writers Karen Trebilcock and Bill O’Brien.