The low FODMAP diet, a diet low in carbohydrates that trigger digestive symptoms like bloating and stomach pain, is a useful treatment in children and adolescents with gastrointestinal problems, new University of Otago research confirms.

The Otago research involved a clinical review of 29 children from Christchurch Public Hospital aged between 4 and 17 who were following the low FODMAP diet under the guidance of specialists. 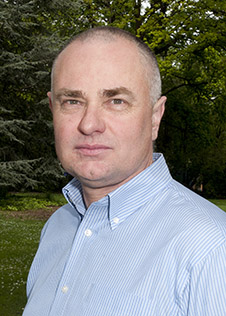 Lead author of the review, Professor Andrew Day from the University of Otago, Christchurch, explains that while the low FODMAP diet is well established as a safe and effective dietary strategy to alleviate bowel symptoms in adults, there is currently little data examining the benefits and safety of dietary interventions that restrict carbohydrates in children with bowel disorders.

“To our knowledge the present study is the only one to report efficacy and safety data for the low FODMAP diet in children with functional bowel disorders in a real-world setting,” Professor Day, a paediatric gastroenterologist, says.

Given the increase in the number of children worldwide suffering from some form of functional bowel disorders, Professor Day says studies are required to determine the efficacy and safety of the diet in children.

“This study showed that more than 50 per cent of children with a bowel disorder who complete the FODMAP restriction and reintroduction process will have complete resolution of symptoms, particularly those with lower GI (gastrointestinal) symptoms.”

The results are similar to those previously reported in adults. The diet appears to be more beneficial for participants with symptoms of flatulence, diarrhoea, abdominal pain and distention.

Professor Day says further studies are needed in children to better understand factors such as the impacts on growth and the gut microbiome and the consequences of long-term dietary restriction.

The research was recently published in the science journal, JGH Open:

FODMAP stands for Fermentable Oligosaccharides, Disaccharides, Monosaccharides and Polyols. They are found in a wide range of foods in varying amounts. Some foods contain just one type, while others contain several.

The main dietary sources of the four groups of FODMAPS include:

For further information or to arrange an interview with Professor Day, please contact: