Climate change comes at a cost for iconic pāua 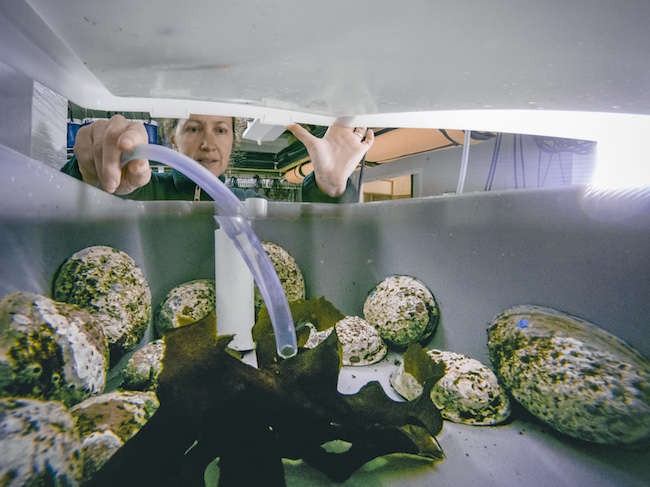 The pāua, New Zealand’s most famous shellfish, lauded globally for its iconic multi-coloured shell, is under threat with climate change, new research reveals.

“Essentially, seawater of the future which will be warmer with lower pH levels, will affect the thickness of pāua shells, which could mean they are not as resistant to waves and predators,” Dr Cummings explains.

The scientists grew young pāua (less than 24mm long) in seawater with different combinations of temperatures and pH levels and investigated aspects of the creatures’ survival, growth and general health together with their shells’ thickness, integrity and composition.

“In our study, juvenile pāua were good at surviving and growing in warmer water and lowered pH, but it may come at a cost,” Dr Cummings says.

“We found that the outer layer of pāua shells gets etched by seawater with lower pH, especially if the water was warmer. Even a tiny change in the water temperature in our tanks (just 2degC) made a difference.”

Professor Abby Smith from the University of Otago’s Department of Marine Science explains the research highlights that global climate change can have its effects on small things like mollusc shells. 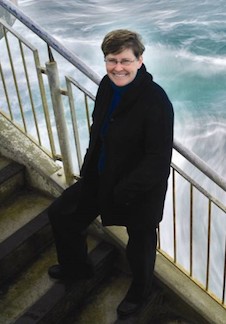 “All shellfish are at risk from marine climate change, but pāua are unusual because the shell is also a valuable part of the harvest, not just the flesh.

“We all know pāua shell is special and beautiful, significant in cultural art, jewellery and other items. In fact, it’s unique: no other abalone species is blue and as lovely – it’s also endemic; the species only lives in New Zealand.”

Professor Smith is attempting to raise awareness about climate change and what she describes as its “devastating” impact on the ocean, organising a special marine-themed march, which was held alongside the SchoolStrike4Climate march.

“The recent IPCC special report on the ocean and cryosphere highlights these threats to the global ocean. A threatened ocean means a threatened world: over 70 per cent of the planet is under the sea, which contains over 90 per cent of the species on the planet and produces more than half the oxygen we breathe.”

The research article ‘Effect of reduced pH on physiology and shell integrity of juvenile Haliotis iris (pāua) from New Zealand’, has just been published.

It was funded by Fisheries New Zealand and supported by the Coastal Acidification: Rates Impacts and Management project funded by the New Zealand Ministry of Business, Innovation and Employment.