Convenience store owners who lack knowledge of the e-cigarettes they sell may undermine, rather than support, smoking cessation.

That’s the view of a group of University of Otago researchers who recently published a research paper outlining their investigation into non-specialist retailers’ knowledge of e-cigarettes and attitudes towards selling the products and supporting customers’ smoking cessation attempts. The researchers undertook a qualitative study involving in-depth interviews with 18 tobacco retailers from the Otago and Wellington regions. 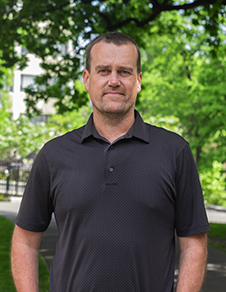 Lead researcher Dr Jerram Bateman, from the Department of Preventive and Social Medicine, says convenience store owners selling e-cigarettes generally had a poor knowledge of the products with only a minority regarding them as a smoking cessation aid. Most reported being unable to give customers advice on how to use the e-cigarettes and, in a minority of cases, reported providing information that was incorrect.

The retailers generally believed people who switched from smoking to e-cigarettes would gain financial benefits; relatively few saw them as a smoking cessation device and some queried their effectiveness for helping people quit, as they had observed customers relapsing from vaping to smoking.

“If retailers are not equipped to support smokers who want to stop smoking by using an e-cigarette, they may inadvertently undermine smokers’ transitions to using e-cigarettes,” Dr Bateman says.

Retailers who stocked e-cigarettes did so despite reporting very low customer demand, they saw tobacco as more important to their business, citing higher repeat business, ancillary sales and sometimes rebates from tobacco companies.

Participants typically supported sale of e-cigarettes by convenience stores, though several expressed concerns that point-of-sale promotions and displays would appeal to young people and could prompt experimentation with e-cigarettes. 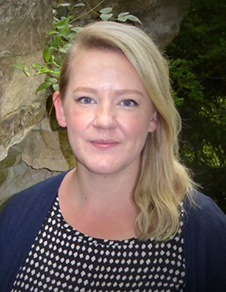 Co-author Dr Lindsay Robertson, a former University of Otago researcher now working for the University of Bath in the UK, explains making e-cigarettes and other vaping products more available could theoretically encourage smokers to transition fully from smoking to vaping, which may improve public health and reduce health inequities. However, the capacity for e-cigarettes to improve population health depends on whether they are an effective route out of smoking for the 550,000 daily smokers in New Zealand.

“Retailers could play a crucial role in determining what population health gains are realised, but only if they have a sound knowledge of the products they sell and how successful switching occurs,” Dr Robertson says.

“While this is a small-scale study, our findings raise concerns over whether non-specialist retailers will fulfil this role, particularly if they have weak knowledge of the products they sell and regard themselves simply as commercial operators.”

Restricting sales of e-cigarettes to pharmacies could help ensure smokers access cessation support, and would frame them as cessation aids, rather than recreational products.

The researchers note that whatever approach is used to regulate e-cigarettes’ availability, it is also vital to greatly reduce the availability of smoked tobacco.