Cancers are prevalent among Mururoa veterans who witnessed the French atmospheric nuclear explosions in 1973 while many of their children have fertility problems, new University of Otago research reveals.

The study of 83 veterans and 65 of their children, published today in the New Zealand Medical Journal, shows 37 per cent of the veterans have a variety of cancers from prostate cancer to non-Hodgkin lymphoma, leukaemia and skin cancers. Joint conditions are also common (31 per cent).

Forty per cent of the veteran’s children reported issues with fertility, citing endometriosis, miscarriages and polycystic ovarian syndrome. Some reported taking a year to conceive children (though this does not meet the criteria for infertility) and others said they had chosen not to have children because of their father’s exposure to the nuclear tests. By comparison, only 16 per cent of veterans identified fertility as an issue.

Anxiety and depression were prevalent in both groups.

The study base was members of the crews of HMNZS Otago and HMNZS Canterbury, deployed to Mururoa who witnessed the French nuclear explosions in 1973, along with their children. Veterans from Operation Grapple who served at Christmas (now Kirimite) and Malden Islands in 1957 and 58 during the British atmospheric tests were also encouraged to participate.

Recruitment to the study was voluntary with only 148 responses (about 27 per cent of the veterans). Most (95 per cent) were either a Mururoa veteran or a descendant of a Mururoa veteran. Most veterans are aged between 65 and 74, while their children are between 35 and 44 years old. 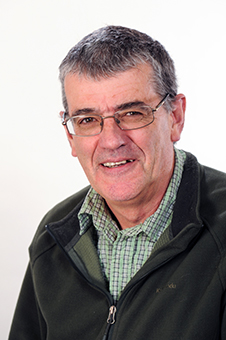 University of Otago Director of Veterans’ Health Research, Associate Professor David McBride, explains these veterans are concerned about radiation exposure, chromosome damage and heritability. The Mururoa Nuclear Veterans Group asked the veterans’ health researcher to investigate the health of New Zealand nuclear veterans and he gathered together a team of trainee doctors to assist him.

“Ionising radiation can cause changes in the chromosomes carrying the genetic code; such changes having been shown in nuclear veterans, but we know neither if these changes result in disease, nor whether they can be passed on by fathers to offspring,” he explains.

“Common conditions may be inherited through the way the genes express themselves through decoding; however, this ‘epigenetic’ mechanism is extremely complex and we need to know exactly where to look for the signals that are present.

“The best chance of detecting heritable change is to look at cancers, where we can look at specific changes in the code, so establishing a registry of veterans and their offspring and storing tissue samples for later analysis is the best way of doing this.”

Mururoa Nuclear Veterns Group President Gavin Smith says his group welcomes the recommendation of a registry of Mururoa veterans and their descendants for potential testing.

“Our mission is to have the descendants of all veterans of nuclear and chemical exposure being catered for under the auspices of New Zealand Veterans Affairs, if they have medical implications arising out of their service.”

Currently, the veterans are covered for any medical repercussions of nuclear exposure, but not their descendants. Mr Smith says there are cases of veterans’ grandchildren having medical problems as a result of their grandfather’s exposure to radiation.

In the survey, many veterans expressed their dissatisfaction at having been sent to observe nuclear detonations without being informed of the possible health consequences. There is significant ill-feeling among the veterans towards the Labour government in power at the time.

Associate Professor McBride says the need for health support was frequently reported by study participants, physical issues and mobility being specifically mentioned, along with the need for health and medical screening and ‘checks’, which also included family.

There is Government support available for these veterans however, only 21 of the veterans in the study and three of their descendants are receiving support, most (77 per cent) are not.

The Grapple veterans do have their own support group, the New Zealand Nuclear Test Veterans Association, whose view is that no further testing of veterans is desirable. This may account for the low numbers participating in the study.