Dunedin and Christchurch Longitudinal Studies give pre–referendum perspective on cannabis 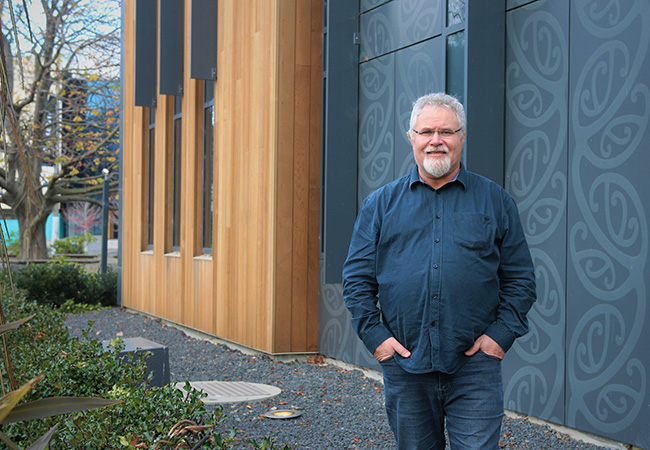 University of Otago researchers have drawn from the world-class data of The Dunedin Study and similar Christchurch Health and Development Study, to provide broad analysis of the effects of cannabis ahead of New Zealand’s cannabis referendum in September.

The findings: Patterns of recreational cannabis use in Aotearoa New Zealand and their consequences: evidence to inform voters in the 2020 referendum have been published in The Royal Society of New Zealand journal.

Director of The Dunedin Multidisciplinary Health and Development Study, Professor Richie Poulton, says the research aims to provide a ‘cool-headed’, agnostic view on what the best (i.e. most reliable and robust) evidence on the effects of cannabis use can tell us.

“In providing this overview we are acutely aware that there are hotly contested views and opinions about cannabis use among the public, and even differing views within the scientific community itself,” Professor Poulton says.

He says New Zealand’s commendable public health response to Covid-19 has shown the value of sound scientific advice, and hopes that value is maintained as people consider their stance for the upcoming cannabis referendum.

“Science has relevance at times other than emergencies. In an era where decisions are often skewed by scruffy information, ideological bent, special interest groups and commercial pressures, science is more important for society than ever. Our study takes away emotion and agenda, and lays the scientific facts about the impacts of cannabis on the table. This is the value of science,” Professor Poulton adds.

Key areas covered include the number of people using cannabis, mental health and substance dependence implications, cannabis as a gateway to harder drug use, psychiatric consequences, physical effects, cognitive (brain) issues, social, employment and driving consequences, and bias in application of the law (particularly relevant to Maori who were more likely to be arrested compared to non-Maori).

The study shows that that by adulthood most New Zealanders (born in the 1970’s and now approaching middle age) have tried cannabis and did so with relative impunity, escaping serious health and or social consequences. However for a small portion who used cannabis frequently or became dependent, the study outlines a number of ‘non-trivial’ negative outcomes.

“These range from impairment in psychological function, loss of cognitive capacity, poorer respiratory and gum health, and a range of negative psychosocial consequences such as early school leaving and academic underachievement, failure in employment and the workplace, dependence on social benefits, and risk of criminal conviction or incarceration,” Professor Poulton says.

Given that New Zealand’s high rate of cannabis use has occurred at a time when cannabis was illegal, the study authors question if cannabis should be treated as a health issue instead of a legal issue.

“The illegal status of marijuana does not prevent most people from using, and arrests and convictions do not lead to a reduction in use, and often see a bias against Maori.

“I’ve been giving evidence to various health select committees about cannabis use and harms for almost a quarter of a century and raise the same point each time: harms associated with cannabis use should be treated as a health issue, not as a legal issue, with a strong preference for evidence-informed preventive and early intervention approaches but these are impeded by the legal status of cannabis,” Professor Poulton says.