A simple blood test could identify seemingly-healthy people with a high hidden risk of heart disease thanks to a world-first discovery by University of Otago, Christchurch researchers.

Researchers from the University’s Christchurch Heart Institute studied the blood samples and cardiology scans of 665 healthy young and middle-aged people with no previous heart conditions. They found people with high levels of a hormone in the blood, called C-type Natriuretic Peptide (CNP), were significantly more likely to have stiffening of the arteries, reduced pumping action of the heart, higher fat levels in the blood and liver, and reduced kidney function – all signs of increased risk of heart disease.

The discovery could one day enable doctors to identify those people whose lives could be saved from a future heart attack by interventions such as drugs or lifestyle changes.

The study is the first to describe a link between the blood hormone CNP and inflammation across a range of tissues including arteries and the heart. The results were recently published in the prestigious Peptides journal. 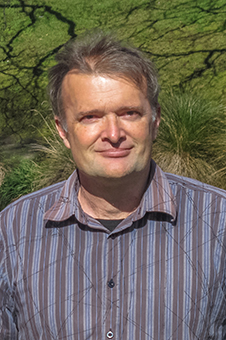 Lead researcher Dr Tim Prickett says CNP seems to protect arteries from hardening and blocking. This means it is working hard and present in higher levels in those with potentially poor, and undetected, cardiovascular health.

“We examined two quite different groups of healthy people – one group age 28 years, the other age 50 years – both without history of heart or kidney disease. High levels of CNP in both age groups were found in people who had stiffer arteries, reduced pumping action of the heart, higher fat levels in the blood and liver, and reduced kidney function.”

Dr Prickett says inflamed and blocked arteries can cause numerous physical problems including scarring and stiffness and damage to organs such as the heart, liver and kidneys. “We found that CNP in the blood stream reflects an increased production of CNP in these tissues, as part of a protective response to inflammation.”

He says the finding that CNP acts to protect the body is key to helping save lives through early detection of serious conditions such as atherosclerosis, which can lead to heart attack or stroke.

This is one of a number of discoveries by the Christchurch Heart Institute over the past 25 years. The research group has discovered and developed blood tests for heart disease diagnosis and treatment, some of which are used in hospitals and emergency departments in New Zealand and around the globe.