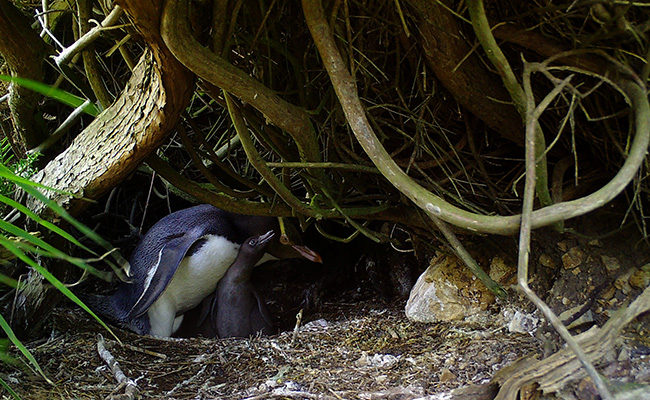 Blue cod has been identified as making up a large proportion of the yellow-eyed penguin (hoiho) diet using a novel approach published by University of Otago researchers.

The prevalence in their diet of a single fish species has raised concern for the resilience of the endangered hoiho and highlights the importance for measures such as the protection of marine habitats.

As a healthy diet has previously been shown to be important for breeding success and survival, the results are concerning says study co-author Dr Ludovic Dutoit.

“Yellow-eyed penguins are known to be highly selective feeders, and traditionally their diet has consisted of a small number of fish and squid species,” Dr Dutoit says.

“To find that their current diet is dominated by blue cod, and very few other prey species, is not what we would have liked to have found.”

In a first for assessing the diet of New Zealand’s penguins, the hoiho research team based in the Department of Zoology used DNA analysis of hoiho faeces to reconstruct what they are eating. 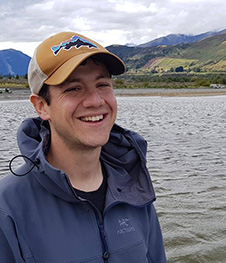 Lead author PhD candidate Melanie Young collected over 300 faecal samples from hoiho along the Otago coast, and the research team extracted a specific gene found in all animals, known as Mitochondrial 16S, to identify individual prey species in their diet.

The findings have recently been published in Wildlife Research, and identified that blue cod makes up a large proportion of the penguins’ diet, occurring in all of samples, and accounting for more than 55% of the DNA sequences identified.

Co-author Professor Yolanda van Heezik, whose pioneering diet research in the 1980s indicated the delicate relationship between diet quality, quantity, breeding success and survival of hoiho, is concerned about the absence in the diet of several key diet species that were available to hoiho in the 1980s.

Recent video footage has also confirmed the absence of these fish in the marine environment where penguins forage.

“Excessive reliance on one or very few prey species is unlikely to promote resilience in this beleaguered species, and highlights the importance of protecting marine habitats through the creation of marine reserves that encompass penguin foraging habitat,” Professor van Heezik says.

The novel DNA approach using penguin faeces which can be collected from around nests while penguins are away at sea, has proven an efficient and non-intrusive way to capture baseline diet information that can be compared to future data collected.

Many more penguins can be sampled through collection of faeces than tracked using cameras, meaning DNA sampling of faeces is ideal for monitoring long-term diet trends of many individuals at multiple breeding sites.

While this approach does not reveal other important information about foraging, such as how much energy is required to catch and eat blue cod, it can be used in combination with other methods, such as animal-borne cameras, to provide a glimpse into what happens underwater.