Strengths and vulnerabilities of teen skateboarders revealed in Otago study

More young people are opting for skateboards as a mode of transport, with fewer choosing to get their driver licence, and more needs to be done to protect them on the road, a University of Otago study has found. 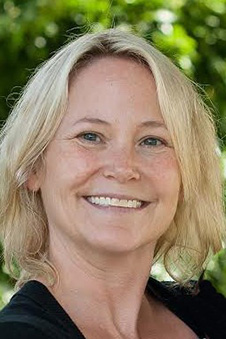 Lead author Dr Aimee Ward, who completed the study while at Otago’s Department of Preventive and Social Medicine, says licencing amongst young people has dropped dramatically in the last decade.

“It’s not known if this is a permanent change, but it’s important to know that currently, young people are turning to different modes of transport outside of private car use, such as mass transit and active forms, like walking, cycling, and skateboarding, as well as other modes such as the use of scooters, carpooling and car sharing,” she says.

This suggests the need for consideration of long-term changes in transport policy and infrastructure, to keep up with the demand for alternate modes of transportation.

For the study, researchers surveyed 775 Southland teenagers about their transport habits and well-being. The findings, recently published in Journal of Transport and Health, revealed seven per cent used skateboarding for transport.

“This seven per cent reported higher levels of well-being, community connectedness, and physical activity than those using any other mode of transportation.

However, more than half of them reported feeling unsafe while travelling.

“People who skateboard are classified as vulnerable road users but are often made to feel unwelcome no matter where they ride. New Zealand law states that skateboarders can legally travel on the road, but they are often forced to the footpath where they can threaten the safety of other sidewalk users, and bylaws vary by city.

“Among vulnerable road users, those who cycle and walk tend to be the most vocal in support of their respective causes. However, those using other forms of equally vulnerable transport options also need to be considered in transport planning,” Dr Ward says.

She believes cities and towns could come together to formulate policies embracing all vulnerable transport users. Shared travel spaces, or the re-designation of existing bike lanes and footpaths for multiple use, might help overcome issues of where those who skateboard, in particular, should ride.

“The recent popularity of motorized scooters in cities in New Zealand has resulted in controversy – who should ride where? However, as seen in some areas of Wellington, such as Cuba Street, all modes share space successfully, so it is also possible for regions like Otago and Southland to consider the conversion of cycle lanes and footpaths to shared spaces that are used by all.”

Journal of Transport and Health