Some women desperate for relief from the chronic pain of endometriosis have found using cannabis provides more effective relief from their symptoms than other over the counter or prescribed medication, a new study reveals.

Of the 213 women surveyed who had ever used cannabis - either prescribed or illicit - for their endometriosis symptoms, 170 (almost 80 per cent) were current users.

The majority of those who had stopped using cannabis did so because of its illegal status or because they weren’t able to find a regular supplier. None of the women stopped because it was not effective in controlling or easing their symptoms.

The paper was authored by the researchers from the University of Otago, in collaboration with those from the University of Western Sydney and Endometriosis New Zealand. While the researchers stressed the paper was not undertaken to advocate the use of illicit cannabis, they say it has highlighted a potential lack of effective available medication, access to health services and how desperate women can get when living with chronic pain. 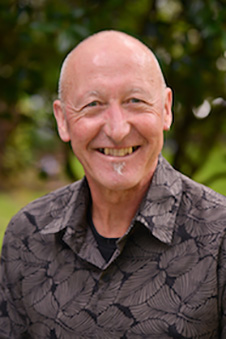 Study co-author Dr Geoff Noller, an Assistant Research Fellow in Otago’s Department of General Practice and Rural Health, says the study clearly showed cannabis provides patients with some relief or benefit with 98 per cent reporting no negative side effects.

A cross-sectional online survey of those taking cannabis for health-related conditions ran between May and July 2019. This paper then took the sub-group of those where endometriosis was self-identified as a that was being treated with cannabis.

“It also suggests that for these patients at least, the current medical treatment or management of their conditions were not meeting their needs.

“Having noted that, we’re not for one second saying all women who have endometriosis should take cannabis – that would be irresponsible and inaccurate. Cannabis might be an option, but it is important that option comes with solid information about the pros and cons so clinicians and patients can make informed choices.”

Some 81 per cent of women indicated cannabis had reduced their normal medication usage and 50 per cent had completely stopped taking their medication – most commonly analgesics, such as paracetamol, and opioids.

“Again, this potentially suggests that patients' current treatments and medications may not be meeting their needs. This could be for a variety of reasons including both that cannabis may be more effective in managing some of the patients' symptoms and also possibly that it has less negative side effects than some prescribed medications, for example opioids, which are recognised as having negative effects including constipation, as well as a significant potential for physical dependence.”

Dr Noller says a “key strength” to the study is that the respondents were “fairly representative” of New Zealand demographics.

“One of the common assumptions is that people who identify as using cannabis for therapeutic reasons are simply looking for an excuse to explain their use; this perspective tends to go with a stereotypical view of a type of person who might use cannabis, commonly thought of as young, male and unemployed.

“The varied demographics from our sample, including the median age of 31 years … median income $35k to $40k, 52 per cent working, suggests this is not simply a sample of recreational cannabis users.”

The study provides evidence that cannabis-based medicines “should at least be considered as an option for treatments”, he says.

“Appreciating that patients with specific conditions appear to find relief from symptoms by using cannabis suggests that researchers should consider more specific inquiries regarding the use of cannabis for specific conditions. Additionally, research could be directed at health professionals concerning their knowledge and views about medicinal cannabis.”

Sativex, a sublingual spray, is the only formally approved cannabis-based medicine available in New Zealand. At more than $1000 for a month’s prescription it is an expensive option, which may also contribute to patients exploring other cannabis preparations, including illicit cannabis, he says.

“Health practitioners will need to develop a greater understanding of medicinal cannabis options, to be able to advise patients about both the pros and cons of these medications,” Dr Noller says.

Co-author Professor Neil Johnson, of Auckland Gynaecology Group, says some endometriosis-sufferers are desperate for symptom-relief, but caution is necessary.

“While the women who took part in this survey obviously found relief from their symptoms, cannabis won’t be a magic bullet, it won’t work for everyone. And, just like any potential medication, we need to be aware of the side-effects and consequences of use, particularly in young reproductive-age women.”

Clinical trials are needed to demonstrate which formulations provide the most benefits, with the least downsides, he says.

“What I think this study highlights are the difficulties those with endometriosis face dealing with their symptoms on a day-to-day basis. We still have a long way to go to adequately provide for those who have to deal with this disease.”

According to Endometriosis New Zealand, endometriosis is a common inflammatory disease estimated to affect 130,000 women in New Zealand – about one in 10 women. In most cases symptoms include period pain, pelvic pain, sub-fertility or infertility. It occurs when tissue similar to the lining of the uterus is found in places outside of the uterus.