A new study by researchers from Otago and Duke Universities makes the case that mental health struggles in early life can lead to poorer physical health and advanced aging in adulthood. They conclude interventions in early life could prevent illness and social costs. 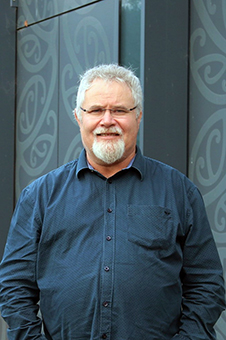 Because mental health problems peak early in life and can be identified, the researchers say more investment in prompt mental health care could be used to prevent later diseases and lower societal healthcare costs.

“The same people who experience psychiatric conditions when they are young go on to experience excess age-related physical diseases and neurodegenerative diseases when they are older adults,” explains Terrie Moffitt, the Nannerl O. Keohane Professor of Psychology and Neuroscience at Duke University (US), who is the senior author on this study.

The findings in the paper published in JAMA Psychiatry come from the long-term Dunedin Study, which has tested and monitored the health and well-being of a thousand New Zealanders born in 1972 and ‘73 from their birth to past age 45.

In middle age, the study participants who had a history of youthful psychopathology were aging at a faster pace, had declines in sensory, motor and cognitive functions, and were rated as looking older than their peers. This pattern held even after the data were controlled for health factors such as weight, smoking, medications and prior physical disease. Their young mental health issues included mainly anxiety, depression, and substance use, and also schizophrenia.

Jasmin Wertz, a postdoctoral researcher at Duke who led the study, says it is possible to identify people at risk of physical illnesses much earlier in life.

“If you can improve their mental health in childhood and adolescence, it’s possible that you might intervene to improve their later physical health and aging.”

Dunedin Study Director, Professor Richie Poulton, notes the findings should have particular salience in New Zealand given the trail-blazing work by Dr Helen Lockett from the Wise Group and her colleagues at Te Pou and Platform Trust who established Equally Well, a collaborative to achieve physical health equity for people living with mental health and addiction issues.

A related study by some of the same team, together with Associate Professor Barry Milne from Auckland University that appeared in JAMA Network Open in January, used a different approach, and looked at 30 years of hospital records for 2.3 million New Zealanders aged 10 to 60 from 1988 to 2018.