Professor Harlene Hayne, the out-going Vice-Chancellor of the University of Otago, will be recognised for her contribution to the institution with the conferring of an Honorary Doctor of Laws degree. 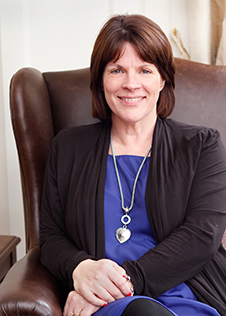 The honour was announced today ahead of the 13 March graduation celebration.

Chancellor, Dr Royden Somerville QC, says the honorary degree reflects the contribution Professor Hayne has made to the University in her ten years at the helm.

“Professor Hayne has been an outstanding leader of the University of Otago over the past ten years and has ensured that it is well-positioned to confront the challenges of the 21st century. During her time leading the University it has continued to excel in teaching, research, and community outreach and service.

“Throughout the ongoing COVID-19 pandemic, Professor Hayne has exhibited great compassion for, and tireless dedication to, the well-being of all members of the University community.”

She has maintained an active research programme throughout her years at Otago, supervised 31 PhD, 41 Masters and more than 50 Undergraduate Honours theses, and published more than 150 book chapters and journal articles. Her primary areas of expertise are adolescent risk-taking and memory development.

The Vice-Chancellor says she is humbled and honoured by the award of the degree.

“I came to Otago in 1992. What started as an academic adventure has turned into a career and a life that has been second to none. I am extremely proud that I have had the opportunity to lead Otago for so many years. I am proud of the teaching and research excellence of our staff and of the academic achievements of our students.

“I am possibly most proud of the collection of letters and emails that I have received over the years from our graduates and their families simply thanking me for the life-changing experience of an Otago education. No matter what happens next, the University of Otago will never be very far from my thoughts,” Professor Hayne says.

This weekend’s graduation ceremony is a celebration for students who graduated in absentia in 2020 due to the cancellation of planned graduations. It will be Professor Hayne’s last, as she leaves on 19 March before taking up a position as Vice-Chancellor of Curtin University, in Perth, Western Australia.