New bioarchaeological research shows malaria has threatened human communities for more than 7,000 years, earlier than when the onset of farming was thought to have sparked its devastating arrival. 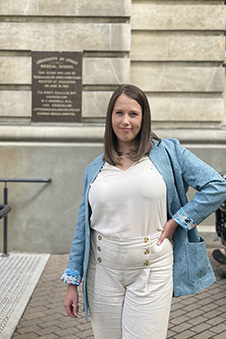 Lead author Dr Melandri Vlok from the Department of Anatomy, University of Otago, says this ground-breaking research, published today in Scientific Reports, changes the entire understanding of the relationship humans have had with malaria, still one of the deadliest diseases in the world.

“Until now we’ve believed malaria became a global threat to humans when we turned to farming, but our research shows in at least Southeast Asia this disease was a threat to human groups well before that.

“This research providing a new cornerstone of malaria’s evolution with humans is a great achievement by the entire team,” Dr Vlok says.

Still a serious health issue, as recently as 2019 the World Health Organization reported an estimated 229 million cases of malaria around the world, with 67 per cent of malaria deaths in children under the age of 5 years.

While malaria is invisible in the archaeological record, the disease has changed the evolutionary history of human groups causing consequences visible in prehistoric skeletons. Certain genetic mutations can lead to the inheritance of Thalassemia, a devasting genetic disease that in its milder form provides some protection against malaria.

Deep in humanity’s past, the genes for malaria became more common in Southeast Asia and the Pacific where it remains a threat, but up until now the origin of malaria has not been pinpointed. This research has identified thalassemia in an ancient hunter-gatherer archaeological site from Vietnam dated to approximately 7,000 years ago, thousands of years before the transition to farming in the region.

In some parts of the world, slashing and burning in agricultural practice would have created pools of stagnant water attracting mosquitos carrying malaria, but in Southeast Asia these mosquitos are common forest dwellers exposing humans to the disease long before agriculture was adopted.

The study Forager and farmer evolutionary adaptations to malaria evidenced by 7000 years of thalassemia in Southeast Asia is a result of combined efforts from years of investigation by a team of researchers led by Professor Marc Oxenham (currently at the University of Aberdeen) and including researchers from University of Otago, the Australian National University (ANU), James Cook University, Vietnam Institute of Archaeology and Sapporo Medical University.

The research is the first of its kind to use microscopic techniques to investigate changes in bone tissue to identify thalassemia. In 2015, Professor Hallie Buckley from the University of Otago noticed changes in the bone of hunter-gatherers that made her suspicious that thalassemia might be the cause, but the bones were too poorly preserved to be certain. Professor Buckley called in microscopic bone expert Dr Justyna Miszkiewicz of ANU to investigate. Under the microscope, the ancient samples from Vietnam showed evidence for abnormal porosity mirroring modern-day bone loss complications in thalassemic patients.

At the same time, Dr Vlok, completing her doctoral research in Vietnam, found changes in the bones excavated in a 4000-year-old agricultural site in the same region as the 7000-year-old hunter-gatherer site. The combined research suggests a long history of evolutionary changes to malaria in Southeast Asia which continues today.

“A lot of pieces came together, then there was a startling moment of realisation that malaria was present and problematic for these people all those years ago, and a lot earlier than we’ve known about until now,” Dr Vlok adds. 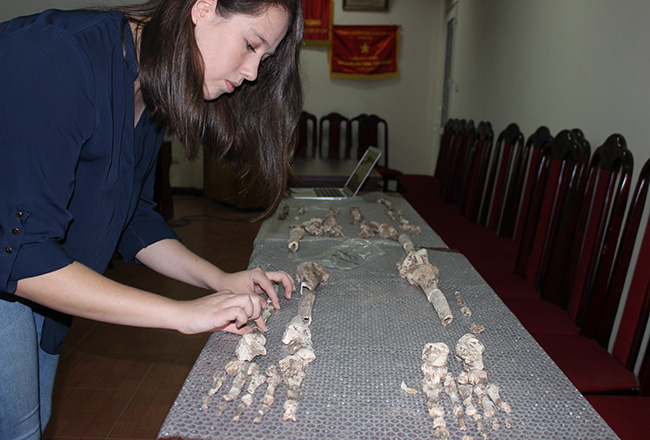