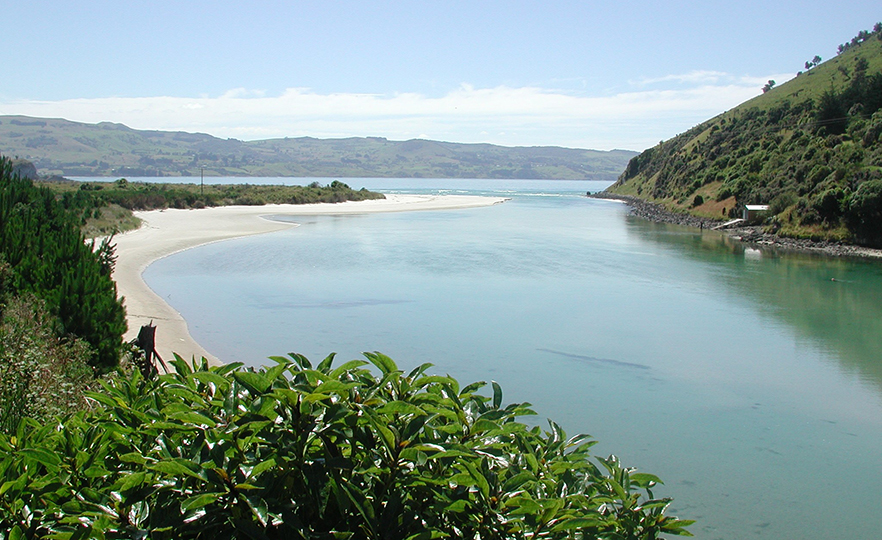 A view from the dune crest at Pūrākaunui looking out towards the Araiteuru coastline.

The discovery of ancient kumara pits just north of Dunedin dating back to the 15th century has shone a light on how scientific evidence can complement mātauraka Māori around how and where the taonga were stored hundreds of years ago.

A new study published in the science journal Plos One reports that early Polynesians once stored kūmara – American sweet potato – in pits dug into sand dunes at Pūrākaunui, eastern Otago, less than 30km north of Dunedin. The pits were first discovered in 2001 and are found over 200km south of the currently accepted South Island limit of cooler-climate Māori kūmara storage.

These Pūrākaunui features have the novel form of semi-subterranean, rectangular pits used for the cool seasonal storage of live kūmara roots in bulk, known as rua kūmara. Research into their age, contents and context has been led by Associate Professor Ian Barber of the University of Otago’s Archaeology Programme with the support of university grants and a Marsden award, and the input of radiocarbon expert and co-author Professor Tom Higham of Oxford University. 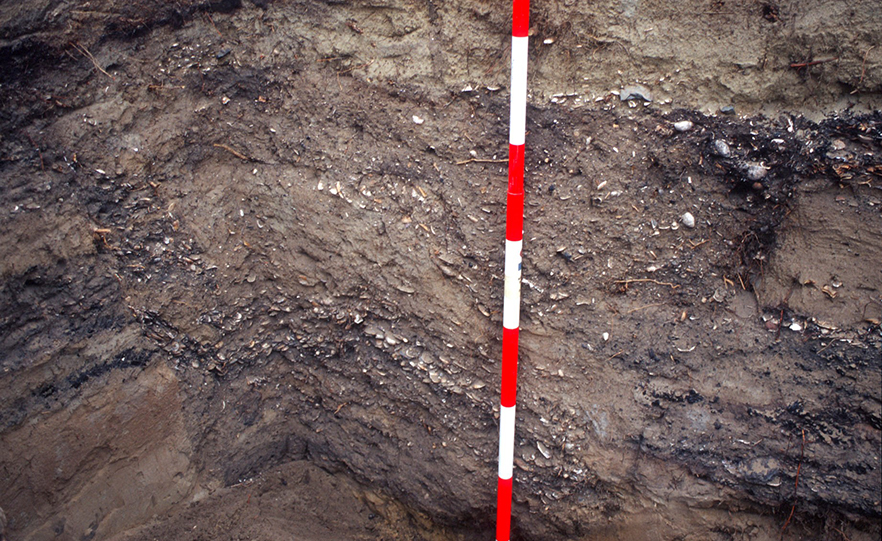 The kūmara pits with discarded bone, shellfish and charcoal.

The research was carried out with the approval and engagement, through successive hui, of Pūrākaunui Block owners and Kāti Huirapa Rūnaka ki Puketeraki as manawhenua.

In this historic study, statistical modelling has dated the Pūrākaunui pits by radiocarbon to the very tight range of 1430–1460 CE at 95 per cent probability, making it some of the most accurate carbon dating to have taken place in New Zealand thanks to advanced technology. Researchers believe rua kūmara were stored there due to the discovery of microscopic starch granules with distinctive kūmara characteristics from secure deposits at the base of the pits.

The find, Polynesia’s southern-most ancient kumara discovery adds incredible weight to local Māori oral history and tradition that has been considered enigmatic if not overlooked by archaeologists. A number of these traditions refer to southern kūmara loss or failure, but some reference kūmara memories, atua (deities), stores and cultivations notably from the North Otago Huriawa Peninsula headland and pā less than 30km north of Pūrākaunui. Ancient rua kūmara discovered along the same coastline represent an intriguing connection between these traditions and archaeology.

“This confirms for us at Pūrākaunui the importance of our very long history and connection with the land,” she says.

“These findings reinforce our very long association with the land and contribute to our own compilation of stories designed to capture the history for future generations.”

“Ian's research has been really interesting for the Runaka to follow and with the confirmation via carbon dating of the kumara pit at Pūrākaunui, it is very affirming about traditions and mātauraka relating to Huriawa Peninsula,” Ellison says.

“We hope to have modelled respect as much as science in the engagement of Māori knowledge and archaeology,” he says. 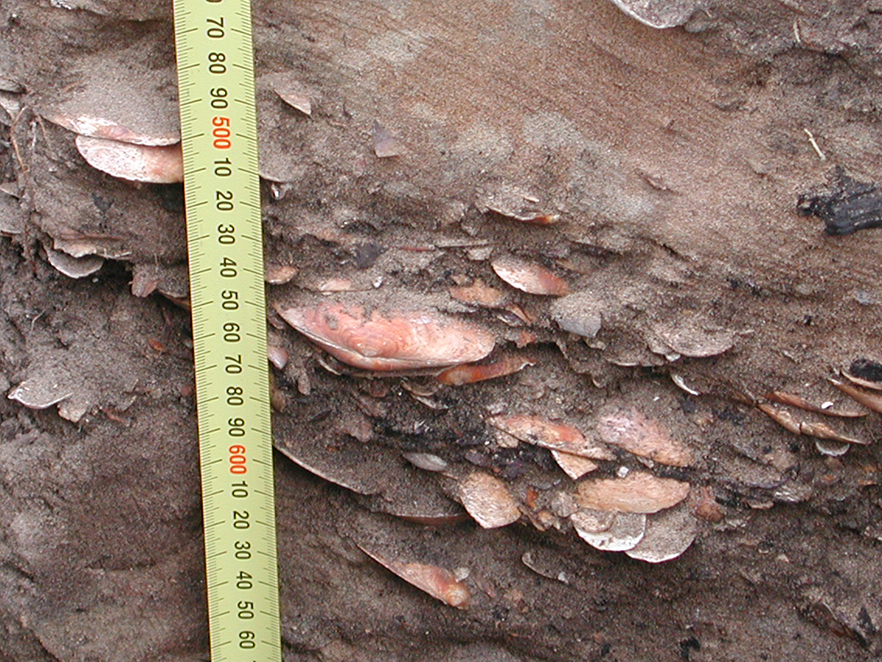 A closeup from a section of the main pit. The joining, closed pipi shells in the centre (right of the 550mm tape increment) were radiocarbon dated to the period 1430-1460 CE.

Associate Professor Barber says there are some questions that still remain about whether the stored kūmara roots were imported from warmer northern localities or harvested locally in microclimate production.

“However a dark, sandy archaeological soil found at Pūrākaunui may have been used for ancient cultivation, although we can’t confirm that at this stage of our research.”

In either case, this discovery represents the earliest securely dated rua kūmara in Aotearoa. It joins a small number of examples of American kūmara in Polynesia dated securely before explorer Christopher Columbus’ navigations. He says the tight chronology also identifies and places the rua kūmara storage at around the time of moa extinction, perhaps as mitigation for the loss of this valuable food source. 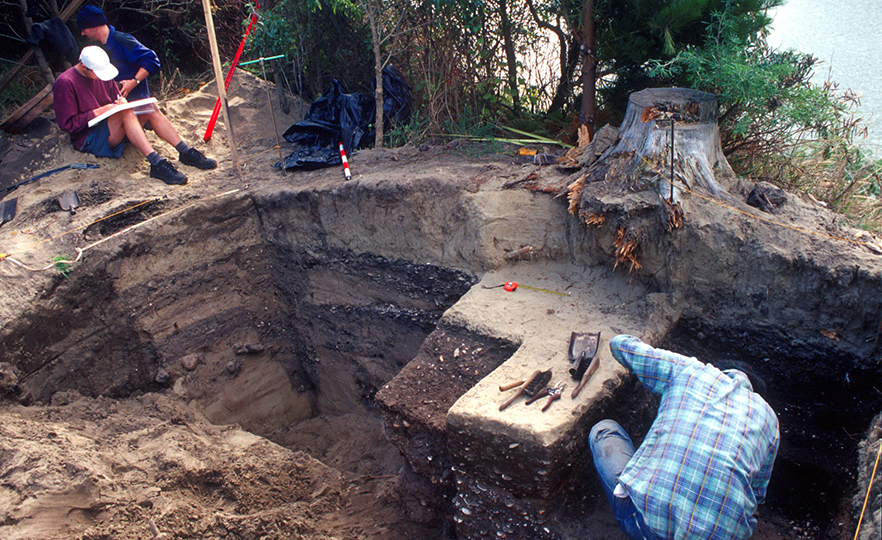 The team hard at work during the excavation in 2001.