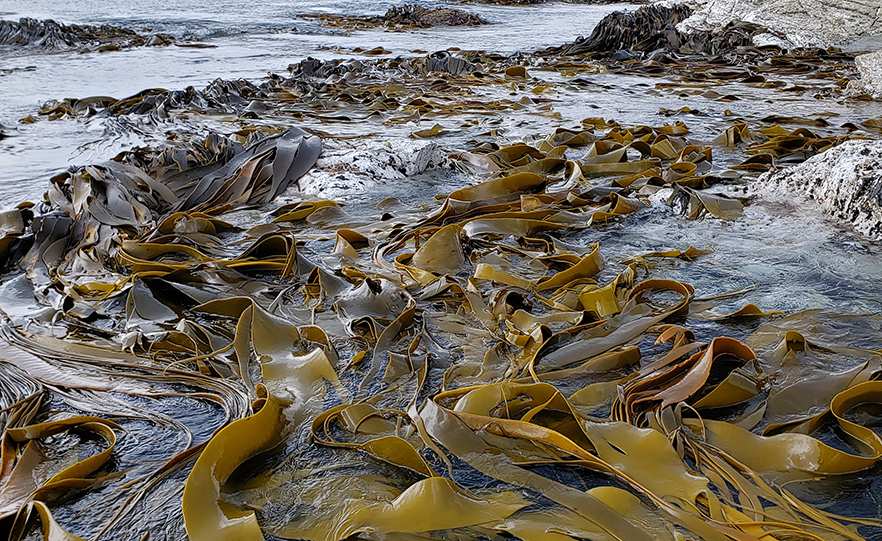 Rimurapa growing at Manurewa Point in the Wairarapa. Photo: supplied.

A University of Otago study has revealed how earthquake upheaval has affected New Zealand’s coastal species. 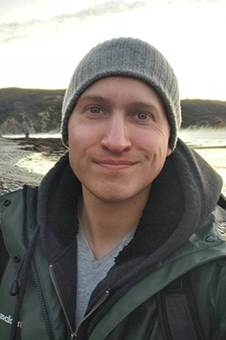 Lead author Dr Felix Vaux, of the Department of Zoology, says earthquakes are typically considered devastating events for people and the environment, but the positive opportunities that they can create for wildlife are often overlooked.

For the Marsden-funded study, published in Journal of Phycology, the researchers sequenced DNA from 288 rimurapa (bull-kelp) plants from 28 places across central New Zealand.

“All specimens from the North Island were expected to be the species Durvillaea antarctica, but unexpectedly 10 samples from four sites were Durvillaea poha – about 150 km from the nearest population on the Kaikōura Peninsula,” Dr Vaux says.

The range expansion of the seaweed seems to be associated with the, often forgotten, 1855 Wairarapa earthquake – New Zealand’s strongest recorded earthquake since European colonisation, at magnitude 8.2.

“Uplift and landslides around Wellington cleared swathes of coastline of Durvillaea antarctica, and this seems to have allowed a previously South Island restricted species – Durvillaea poha – to colonise and establish itself in the North Island.

“This exciting discovery highlights that frequent tectonic activity may be reshaping New Zealand’s biodiversity, including its marine environments, and it reminds us that recent events – such as the 2016 Kaikōura earthquake, may have long-lasting effects on the environment.”

Dr Vaux believes an increase in the species diversity of bull-kelp in the North Island is likely to be positive for the intertidal community as Durvillaea provides a sheltered habitat for numerous animals – including crustaceans, molluscs such as pāua, spiders and fish.

“Our discovery is exciting because it indicates that tectonic disturbance can not only change population structure within a species, but it can also create ecological opportunity and shift the distribution of organisms.

“While many range shifts have been linked to climate change, tectonic disturbance should not be overlooked as a potential facilitator of range expansion. In our fast-changing world, it is becoming increasingly important to understand the forces that shape the distribution of species,” he says.