The psychosocial impact of Mycoplasma bovis on Southern farmers

A poorly managed government response to the 2017 Mycoplasma bovis outbreak inflicted significant and lasting trauma on farmers whose stock was culled, a University of Otago study has found.

Extensive interviews with affected farmers in Southland and Otago revealed the enduring emotional cost of a “badly planned and poorly executed process”, leaving farming families feeling isolated, bewildered, and powerless. Others in the rural community, such as local veterinarians, were left feeling their expertise was undervalued and their potential to positively contribute to the management of the outbreak disregarded.

Rural New Zealand is home to about 700,000 people, making it New Zealand’s second largest city, with farming contributing significantly to the economic wellbeing of rural communities and regions, and to the national economy. Nationally, an estimated 180,000 animals were culled on more than 250 farms, which were locked down under strict conditions, in a bid to eradicate the disease. Farmers were paid compensation for lost stock but this was often perceived as inadequate and onerous to secure. 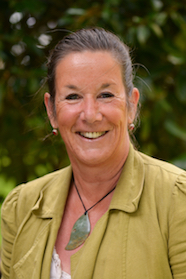 Measuring the human cost of this process was the focus of the Otago study, which was carried out by Dr Fiona Doolan-Noble, Dr Geoff Noller and Associate Professor Chrys Jaye, of the University of Otago’s Department of General Practice and Rural Health.

Study lead, Dr Doolan-Noble says that for her and Dr Noller it was heart wrenching listening to the accounts told by farmers in particular, but also the veterinarians and front-line workers.

“During the 2-hour journey back to the University from Southland (where the majority of interviews were conducted) we had to be there for one another, to discuss the stories we each had heard.”

A dominant theme of the research was the intrusive, impractical and inhumane nature of the Ministry for Primary Industries’ (MPI) eradication programme in which local knowledge, expertise and pragmatism were ignored in favour of inefficient bureaucratic processes which made no sense to farmers.

“Looking back, I can see I went through a series of emotional phases ... The initial one was shock. Second phase I think was probably a panic ... Third one was trying to think, ‘Jesus, this is very overwhelming.’ And then I got to [the] phase, ‘Okay, we're stuck in this, how are we going to get out’?" one farmer told the research team.

Farmers described the damage to their sense of identity and the forced separation from typical farming practices and seasonal rhythms as they transitioned into an incursion management process overseen by an ill-prepared government agency.

Once a Notice of Direction (NoD) was issued for a property, farming families effectively lost control of the running of their farm while remaining responsible for the welfare of their remaining stock. 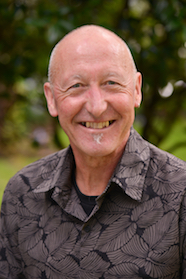 This situation was compounded by poor communication, lack of clarity about animal testing regimes, delays in providing results, indecision regarding stock management, authoritarian and at times brutal decision-making concerning herd culls, and the ignoring of practical solutions to on-farm problems.

“Farming's like a great big wheel ... and they [MPI] cut a chunk of that wheel out and it collapses. Then it takes years to get that wheel back to that size again... It just breaks farmers down, losing control like that,” a farmer said.

One dairy farmer described how a slaughter team arrived early and started killing cows while he was still in the milking shed.

“So [MPI] decided to start killing them on the farm. And I said, ‘Look, that's a bit rough’. But they said, ‘No, that's what's going to happen’. So, this truck arrives, from this pet food outfit...this guy pulls up and just shoots 10 of them, in the yard. Cuts their throats ...I come [out] there, there was hysterics, there were staff crying. I just said to the guy, ‘You can't do this. This is just heartless’.”

A family of beef farmers who experienced a total cull were impacted by slow MPI decision making, resulting in their farm over-wintering too many cattle during a very wet season: “…the animal welfare of the animals was not good at all...Because they were on very small pads in mud up to their haunches… we had two or three pass away on our pad because the conditions were so rough."

Another farmer recounted how MPI officials insisted on following the mandated process of decontaminating a shed at a cost of $150,000 when he could have had it rebuilt for $70,000. On another farm a cleaning team was paid to sit at a table dipping individual screws into disinfectant and scrubbing them clean with a wire brush when the cost of brand new screws was negligible.

The study participants noted that farming was a 24/7 business but MPI officials were unavailable at weekends or over holiday periods. However, they didn’t necessarily blame MPI staff.

“In MPI, there's a lot of people really, really trying. And they're just getting caught up by red tape,” one farmer noted.

The researchers were guided by a stakeholder panel with farmer, veterinarian, local business, (human) health professional, rural organisation, agribusiness and MPI representation, and oversight was provided by a governance group comprising a Māori representative, a public health expert, an ethicist, a retired veterinarian and a farming consultant.

They noted another disease incursion was inevitable and that solutions need to be sought from within rural communities and then integrated into the relevant bureaucratic processes.

“One of MPI’s key principles in terms of biosecurity is fair restoration – ‘no better or worse’. We believe this should not just apply to the financial impact on farmers but should be applied to both the mental health of all involved, and also the social wellbeing of rural communities.”