University of Otago scientists have opened the door to improved treatment of brain dysfunction which causes psychosis. 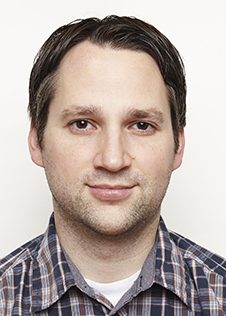 Dr Ryan Ward, of the Department of Psychology, says he and a team of researchers have been working on ways to model schizophrenia symptoms in animal models.

“Psychosis is a debilitating aspect of schizophrenia and, while current drugs treat it well, they have horrendous side effects which lead to poor quality of life for patients. Research which can identify specific mechanisms of the dysfunction can provide more precise drug targets for treatment, improving patient outcomes and quality of life.

“We have been particularly interested in modelling symptoms which have historically been difficult. One that is particularly difficult to model in non-humans is psychosis, because of the challenge of assessing subjective internal state.

“We have recently broken new ground, thanks to the Masters thesis work of Wayne Meighan, by combining a rat model of schizophrenia risk with a procedure which allows a very sensitive screening for subjective internal state,” he says.

In a study published in the Journal of Psychopharmacology, researchers measured the ability of rats which model a risk factor for schizophrenia to tell the difference between a drug (ketamine) and saline.

Dr Ward says the critical aspect is that the dose of ketamine used causes schizophrenia-like psychosis in humans.

“We found that our model was impaired at discriminating the drug from saline only at doses that cause psychosis in humans. We believe this means that the subjective internal state of these models is similar to the state induced in human psychosis.

“This opens up a way to model in non-humans symptoms that were previously thought to be only measurable in humans, such as psychosis. The finding may greatly enhance our ability to pinpoint brain mechanisms of these symptoms and lead to more effective treatments,” he says.

Dr Ward says figuring out how to model psychiatric disease is often about being able to ask the question in the right way.

“In our case, we demonstrated that it is possible to ask an animal how it ‘feels’ in a rigorous way.

“These types of studies open the door for further work in which we may be able to identify specific brain dysfunction that produces psychosis, improving future treatments.”