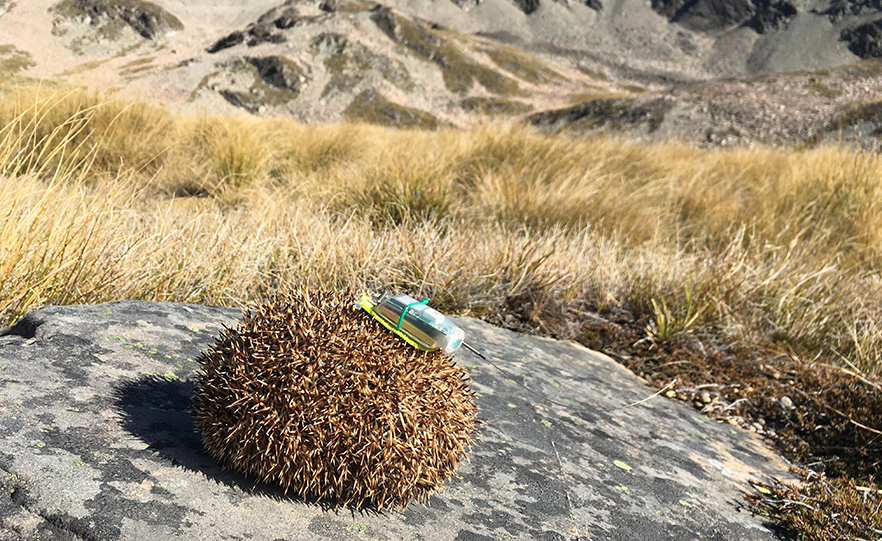 A hedgehog with a GPS tag attached.

New University of Otago research has been examining how alpine-based hedgehogs hibernate from a different perspective – their backs. 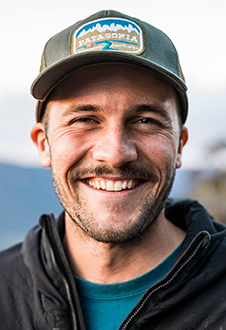 Dr Nick Foster from the Department of Zoology has been involved with the Te Manahuna Aoraki project and has been attaching small transmitting “backpacks” onto hedgehogs in the Mackenzie Basin’s alpine zones.

The goal of this study, which has just been published in the New Zealand Journal of Ecology, was to find out whether hedgehogs, which can be found up to 2000m in summer, travel to lower elevations when winter threatens.

“We thought that hedgehogs could be making short distance movements downhill, which would extend their foraging and breeding season and avoid the harsh winter conditions of the high alpine zone,” Dr Foster says.

However instead of moving to lower and warmer areas, Foster found hedgehogs stayed put and hibernated in the colder areas in the elevated alpine areas, which are up to 1800m above sea level. Some of the females were found rearing young, too.

“They entered hibernation in the same areas they used in the summer, and while we only tracked a small sample of females, they all did the same thing,” he says.

“This is pretty convincing evidence that hedgehogs aren’t just visitors in these zones: they’re residents.”

While imagining a hedgehog with a backpack going on an adventure is a cute idea, Dr Foster says the mammals need to be seen as harmful to our environment.

“When we think of predators, we think of stoats, possums and rats. In dryland environments, hedgehogs and feral cats are among the worst.”

At the centre of the research are the GPS transmitters that were fixed onto the back of the hedgehogs as they hibernated.

While a little prickly to handle and quite thin on the ground in the alpine zone, Foster says hedgehogs are very easy animals to work with.

“You can attach a transmitter directly to their spines. There is no collar, no contact with the skin, and there is no feeling in their spines, which are a similar material to our fingernails. Spines regrow after they are clipped and devices fall off as they naturally shed.

“Hedgehogs carry devices well, too. This is a species that piles on fat every year to hibernate, so their bodies can deal with fluctuations in weight.” 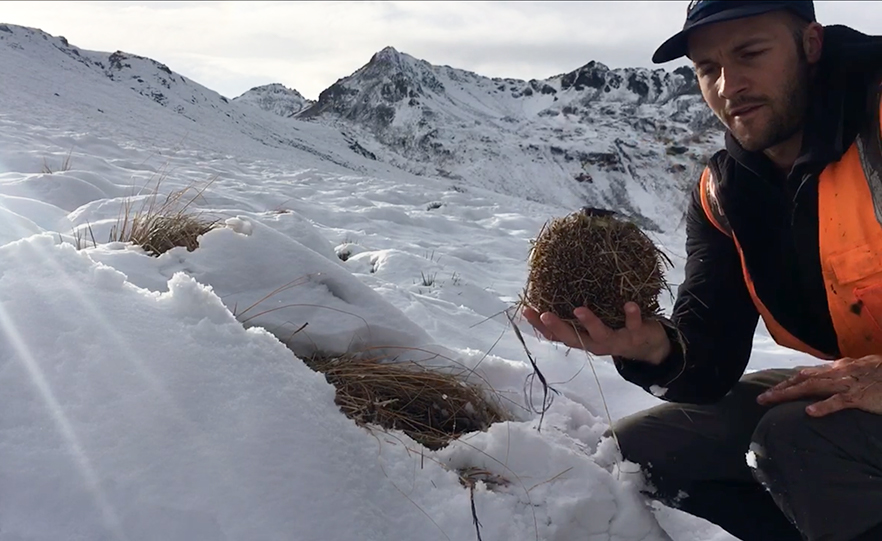 A hedgehog found hibernating in the alpine zone after the arrival of winter.

Dr Foster says the devices had to be up to the task.

“It’s very cold in that area, and there’s a lot of wear and tear. However, once we got started it was pretty smooth going.”

He says there are some important conclusions that can be drawn from this relatively simple study.

“Finding that hedgehogs persist in alpine zones means that if we want to remove hedgehogs from areas, we have to factor in populations living high in the mountains. Otherwise they’ll be around forever and act as a source of reinvasion for lower areas.”

On a positive note, once removed, it may be some time for hedgehog populations to spread up to these areas again.

“This is good news for our strategy of using mountain ranges to keep them out.” 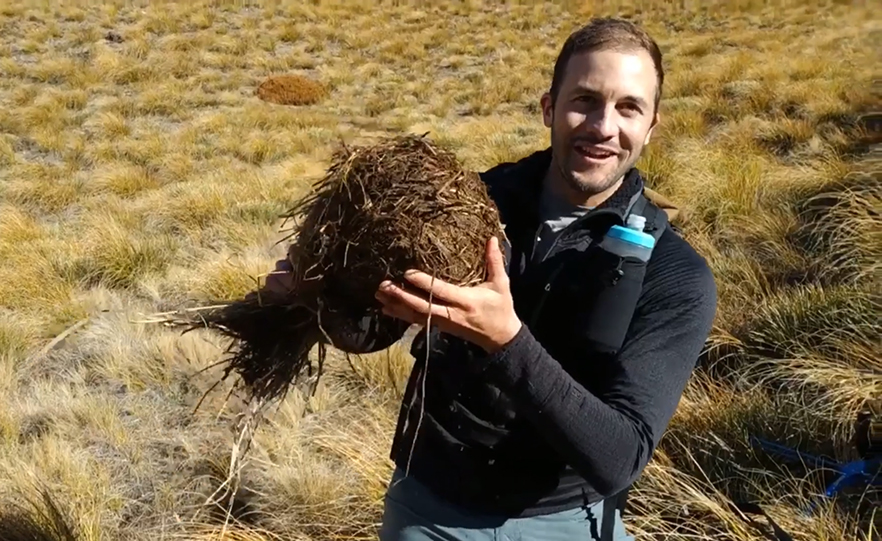 Dr Nick Foster holding a hedgehog in its “hibernaculum” (the place that it hibernates – in this case, a lot of tightly-wound tussock grass). Photo: Kim Miller.