A ground-breaking University of Otago study could well influence which mental health patients in New Zealand are prioritised for controversial Compulsory Treatment Orders (CTOs) to ensure they get the medications and support they need. 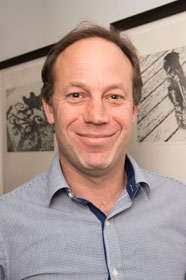 “Our study is the first to examine whether a specific mental health diagnosis makes a noticeable difference in treatment outcome for New Zealand patients placed on a CTO” says study co-author, psychiatrist and University of Otago Christchurch researcher, Dr Ben Beaglehole.

“We found that patients with psychotic disorders do much better when placed under a CTO, with both shorter and less frequent hospital admissions compared to those with a non-psychotic disorder on a CTO. This information could now help psychiatrists more confidently gauge whether the often-difficult decision to place a patient under a CTO is likely to truly benefit that patient or not.”

The study, just published in The Lancet Regional Health – Western Pacific, studied outcomes for nearly 15,000 New Zealand patients placed under a CTO between January 2009 and December 2018. The mean age of the study cohort was 35 years, nearly 60 per cent were male, with 50 per cent European and 34 per cent Māori. Patients with psychotic disorders experienced 18 per cent fewer hospital admissions on CTOs compared to an increase of 15 per cent for patients with non-psychotic disorders. In addition, their average hospital admissions were reduced by 3 days in length compared to an increase of 2.5 days for non-psychotic patients. CTO status was also associated with a three-fold increase in positive community contacts for patients and a two-fold increase in the successful dispensing of their medication.

“These findings are significant for patients with psychosis and show a measurable improvement in their ability to stay safely in the community, for longer periods of time, with the right support, receiving the medications they require to keep themselves as well as possible. Notably in this study, patients on a CTO with a non-psychotic disorder also received high rates of injectable anti-psychotic medications, despite their hospital admission frequency being increased. These findings really question whether we should be using coercive treatments like CTOs for this non-psychotic group of patients if the main aim is to reduce their acute admissions to hospital,” Dr Beaglehole says.

Compulsory Treatment Orders have long been contentious due to the fact they impose severe restrictions on the freedoms of individuals living with mental health in the community. They are used by psychiatrists to enable legally-mandated, compulsory treatment for people with severe mental illness without their consent where there are concerns the patient may be a danger to themselves and/or others. CTOs require patients to take their medications or face being returned to hospital if they refuse. The primary aim is to support the ability of patients with severe mental illness to remain in the community without the need for repeated hospital admissions.

“One suggestion from the government’s 2018 enquiry into mental health and addiction, He Ara Oranga, is to repeal and re-write the Mental Health Act due to concerns some competent patients are currently having their rights over-ridden,” says Dr Beaglehole. “This study may inform this discussion, helping ensure only the most suitable patients – those with psychotic disorders – are considered for CTOs in future.”

Despite the controversy, Dr Beaglehole says most in the mental health treatment community believe CTO’s are highly successful for improving patient care, hence their use.

“As a psychiatrist, I can now more confidently advise a psychotic patient and their whānau that a CTO will increase the care they or their loved one will receive to enable them to remain safely in the community and also increase the likelihood they’ll receive their medication. We can also more confidently say that the need for that patient to be admitted to hospital to treat an acute episode may be less frequent and for a shorter duration when required.”