Potential to identify risk of Alzheimer’s in middle age

A simple eye test may make diagnosing the earliest stages of ‘diseases of old age’ possible when people are much younger, University of Otago researchers hope. 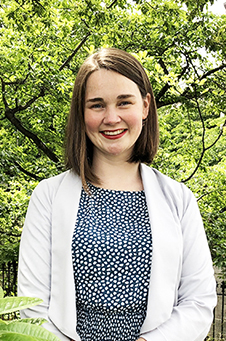 Parts of our retina have previously been proposed as biomarkers for Alzheimer’s, but researchers from Otago’s Dunedin Multidisciplinary Health and Development Research Unit have been investigating the retina’s potential to indicate cognitive change earlier in life.

Study lead Dr Ashleigh Barrett-Young says diseases of old age, such as Alzheimer’s, are usually diagnosed when people start forgetting things or acting out of character.

“This is often when the disease is quite far along. Early detection is possible through MRI or other brain imaging, but this is expensive and impractical for most.

“In the near future, it's hoped that artificial intelligence will be able to take an image of a person's retina and determine whether that person is at risk for Alzheimer's long before they begin showing symptoms, and when there is a possibility of treatment to mitigate the symptoms,” she says.

Dr Barrett-Young says they found thicker RNFL and GCL in middle age was associated with better cognitive performance in childhood and adulthood. Thinner RNFL was also linked to a greater decline in processing speed (the speed in which a person can understand and react to the information they receive) from childhood to adulthood.

“These findings suggest that RNFL could be an indicator of overall brain health. This highlights the potential for optical scans to aid in the diagnosis of cognitive decline.

“Given we haven’t been able to treat advanced Alzheimer’s, and that the global prevalence of the disease is increasing, being able to identify people in the preclinical stage, when we may still have the chance to intervene, is really important,” she says.

Further studies are required to determine if retinal thinning predicts Alzheimer’s, or just the normal cognitive decline of old age, but the researchers have hope.

“In the future, these findings could result in AI being used to take a typical optical coherence tomography scan, done at an optometrist, and combine it with other health data to determine your likely risk for developing Alzheimer’s.”