University of Otago research surveyed 986 conservation volunteers to get a sense of who they are, what they do, what motivates them, and their attitudes towards conservation in New Zealand. 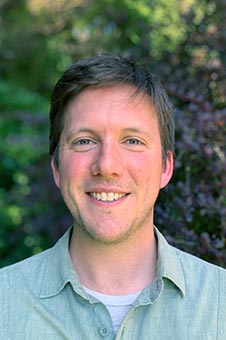 Lead author Aaron Heimann, who completed a Master of Science Communication at Otago, says he found conservation volunteers to be dedicated, passionate, and hardworking.

“They see the big ecological picture and want to leave Aotearoa better than how they have found it. New Zealand’s natural environment and biodiversity are declining, and conservation volunteers are actively working to counteract the trend.

“These are individuals who have come together in their local communities, often under the banner of their own organisations, to freely give their time to a cause they care deeply about in a place they love,” he says.

The study, published in the New Zealand Journal of Ecology, found most volunteers undertook work within 10km of their home, for an average of 10 hours a month for six years. They were mostly older, had higher than average income and education, and were predominantly Pākehā. They were also motivated by a feeling of responsibility, with some referencing kaitiakitanga or a desire to right past wrongs.

However, the survey also revealed them to be more pessimistic than the average New Zealander about the state of the country’s environment.

“This grimmer outlook may have prompted their volunteering, or perhaps been caused by their exposure to the negative aspects of invasive plants and animals, declining populations of native species, and habitat degradation while volunteering,” Heimann says.

Conservation volunteers overwhelmingly agree with Predator Free 2050 goals but only 54 per cent agree they are confident the goals will be reached.

“This could signal concerns from conservation volunteers that either the timeline of 2050 is not feasible, or that eradication is not possible at this time.”

This is the first nationwide survey of conservation volunteers and Heimann hopes the results of this initial snapshot will enable them to be better supported in their efforts.

“Supporting conservation volunteers now will benefit those individuals and the nature they work to protect and improve, but also the communities they make up – now and into the future.