A study into tooth wear in a group of wild Japanese macaques has significant implications for the study of human evolution, a University of Otago study has shown. 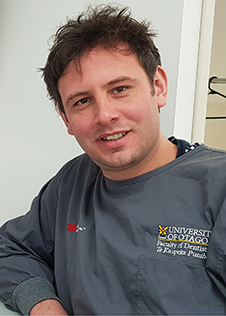 Lead author Dr Ian Towle and Dr Carolina Loch, of the Sir John Walsh Research Institute, in collaboration with colleagues from Japan, studied root grooves and large uniform scratches in the macaques’ teeth, which had previously only been described in fossil humans.

“Unusual wear on our fossil ancestors' teeth is thought to be unique to humans and demonstrates specific types of tool use. These types of wear have also been considered some of the earliest evidence of cultural habits for our ancestors,” Dr Towle says.

“However, our research suggests this idea may need reconsidering, since we describe identical tooth wear in a group of wild monkeys that do not use tools.

“This research raises questions for our understanding of cultural changes during human evolution and suggests we may need to reassess early evidence of cultural habits.”

The study, published in the American Journal of Biological Anthropology, concluded the ‘toothpick’-like grooves on back teeth and large uniform scratches on the macaques’ front teeth were actually caused by something more mundane, yet still surprising – eating shellfish from rocks and accidentally chewing grit and sand with their food. 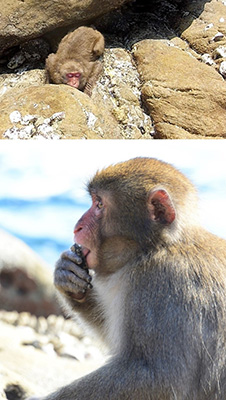 This macaque group is well-known for undertaking remarkable behaviours, including washing foods in water, and consuming fish. They have been studied for more than 70 years and have not been seen using tools or other items that could cause the unusual tooth wear observed.

Dr Towle has been studying tooth wear and pathologies in a wide variety of primate species and was “extremely surprised” to find this type of tooth wear in a group of wild monkeys.

“Up until now, the large scratches in the front teeth of fossil humans have been considered to be caused by a behaviour called 'stuff and cut', in which an item such as an animal hide is held between the front teeth and a stone tool is used for slicing. Similarly, ‘toothpick’ grooves are thought to be caused by tools being placed between back teeth to remove food debris or relieve pain.

“Although this does not mean hominins were not placing tools in their mouths, our study suggests the accidental ingestion of grit and/or normal food processing behaviours could also be responsible for these atypical wear patterns.”

Dr Towle believes the findings provide insight into how researchers interpret cultural changes through the course of human evolution.

“We are so used to trying to prove that humans are unique, that similarities with other primates are often neglected. Studying living primates today may offer crucial clues that have been overlooked in the past.” 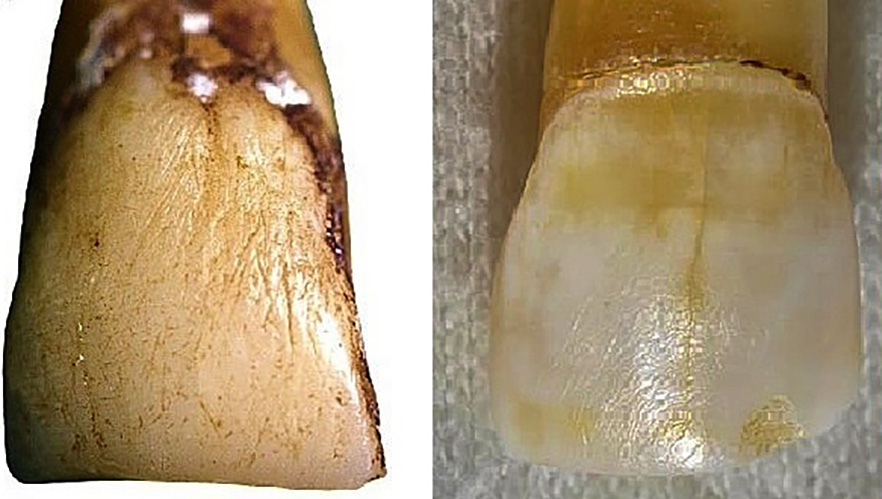