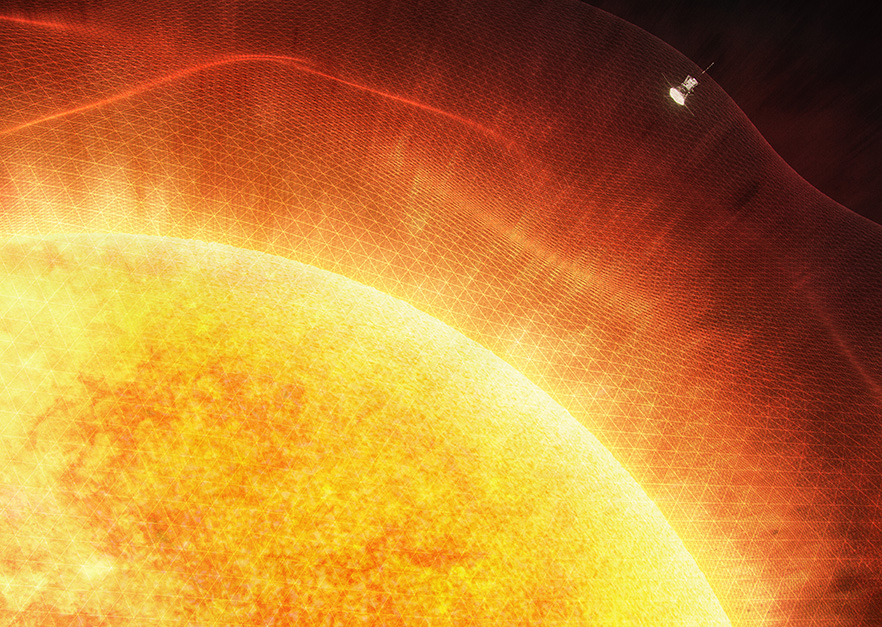 The further we move away from a heat source, the cooler the air gets. Bizarrely, the same can’t be said for the Sun, but University of Otago scientists may have just explained a key part of why.

Study lead Dr Jonathan Squire, of the Department of Physics, says the surface of the Sun starts at 6000 degrees Cesius, but over a short distance of only a few hundred kilometres, it suddenly heats up to more than a million degrees, becoming its atmosphere, or corona.

“This is so hot that the gas escapes the Sun’s gravity as ‘solar wind’, and flies into space, smashing into Earth and other planets.

“We know from measurements and theory that the sudden temperature jump is related to magnetic fields which thread out of the Sun’s surface. But, exactly how these work to heat the gas is not well understood – this is known as the Coronal Heating Problem.

“Astrophysicists have several different ideas about how the magnetic-field energy could be converted into heat to explain the heating, but most have difficulty explaining some aspect of observations,” he says.

Dr Squire and co-author Dr Romain Meyrand have been working with scientists at Princeton University and the University of Oxford and found two previous theories can be merged into one to solve a key piece of the ‘problem’. The group’s findings have been published today in Nature Astronomy. 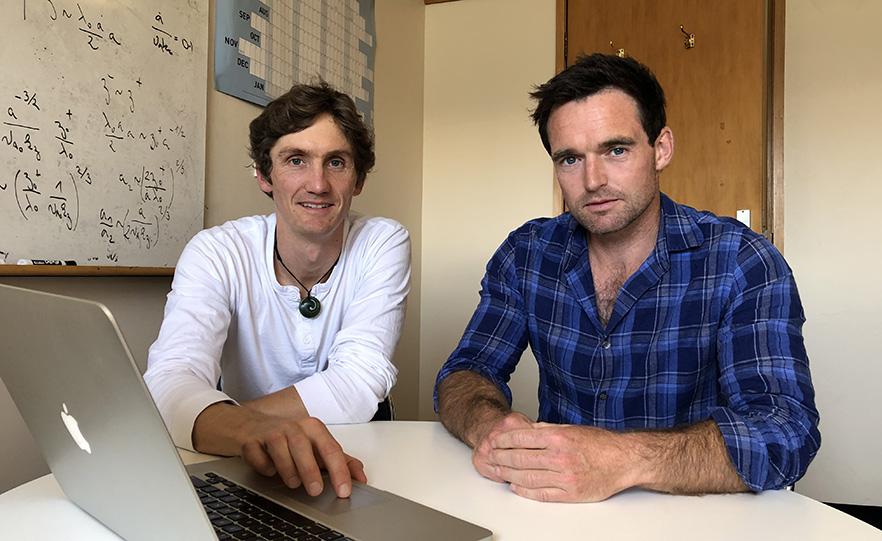 “Both, however, have some problem – turbulence struggles to explain why hydrogen, helium and oxygen in the gas become as hot as they do, while electrons remain surprisingly cold; while the magnetic waves theory could explain this feature, there doesn’t seem to be enough of the waves coming off the Sun’s surface to heat up the gas,” Dr Meyrand says.

The group used six-dimensional supercomputer simulations of the coronal gas to show how these two theories are actually part of the same process, linked together by an intriguing effect called the ‘helicity barrier’.

This interesting occurrence was discovered in an earlier Otago study, led by Dr Meyrand.

“If we imagine plasma heating as occurring a bit like water flowing down a hill, with electrons heated right at the bottom, then the helicity barrier acts like a dam, stopping the flow and diverting its energy into ion cyclotron waves. In this way, the helicity barrier links the two theories and resolves each of their individual problems,” he explains.

For this latest study, the group stirred the magnetic field lines in simulations and found the turbulence created the waves, which then caused the heating.

“As this happens, the structures and eddies that form end up looking extremely similar to cutting-edge measurements from NASA’s Parker Solar Probe spacecraft, which has recently become the first man-made object to actually fly into the corona.

“This gives us confidence that we are accurately capturing key physics in the corona, which – coupled with the theoretical findings about the heating mechanisms – is a promising path to understanding the coronal heating problem,” Dr Meyrand says.

Understanding more about the Sun’s atmosphere and the subsequent solar wind is important because of the profound impacts they have on Earth, Dr Squire explains.

Effects which result from solar wind’s interaction with the Earth’s magnetic field is called ‘space weather’, which causes everything from Aurora to satellite-destroying radiation and geomagnetic currents which damage the power grid.

“All of this is sourced, fundamentally, by the corona and its heating by magnetic fields, so as well as being interesting for our general understanding of the solar system, the solar-corona’s dynamics can have profound impacts on Earth.

“Perhaps, with a better understanding of its basic physics, we will be able to build better models to predict space weather in the future, thus allowing the implementation of protection strategies that could head off – literally – billions of dollars of damage.”