A ground-breaking University of Otago, Christchurch, study has found female victims of severe sexual abuse in childhood experience twice the risk of entering the menopause transition by age 40, than women with no such reported history of abuse. 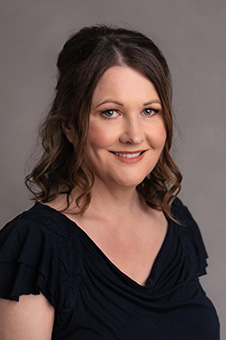 The study, co-authored by Dr Geri McLeod from the University’s Department of Psychological Medicine, examined data from the internationally-acclaimed Christchurch Health and Development Study (CHDS), a longitudinal birth cohort of 1265 individuals (630 females) born in Christchurch, New Zealand in 1977.

“These findings, while concerning, are also significant. They are consistent with emerging international literature on the long-term health and developmental impacts of childhood sexual abuse”, Dr McLeod says.

She believes the findings also shed light on a female health issue not well-researched in the past.

“Knowledge about the long-term impacts of childhood maltreatment on the menopause transition is limited. What little research has been done has shown inconsistent results, possibly due to the research methods used. This study was able to overcome some of those limitations by using the CDHS birth cohort data, and by taking into account variables which may influence the study findings.”

The study, published in Menopause, the Journal of the North American Menopause Society, examined data from 468 female participants in the CDHS study who reported retrospective information regarding their exposure to sexual abuse as minors, at both 18 and 21 years of age.

All 468 women had details recorded regarding their menopause status at age 40 and their previously reported history of either physical or sexual abuse up until they were aged 16. Twenty-two percent of the cohort (104 women) were classified as peri or post-menopausal.

Dr McLeod says the average age for most woman entering menopause transition is 51. Comparatively, for the women in this study, more than half of those exposed to childhood sexual abuse had entered menopausal transition by 40, 11 years earlier than the population average.

The study also set out to explore if childhood physical abuse led to an early transition to menopause.

“Previous research had indicated that physical abuse would also hasten menopause. However, in this study, women who reported severe physical punishment in childhood did not have any increased risk of entering the menopause transition by age 40, unlike those unfortunate enough to have been exposed to sexual abuse.”

The study was funded by the Health Research Council of New Zealand and the Mercia Barnes Trust. It was part of a collaboration with Christchurch’s Oxford Women’s Health.

Menopause: The Journal of The North American Menopause Society
Childhood maltreatment and the menopause transition in a cohort of midlife New Zealand women