Regulatory loopholes are contributing to increases in the number of young New Zealanders exposed to nicotine through vaping, warns the winner of the 2022 Critic and Conscience of Society Award. 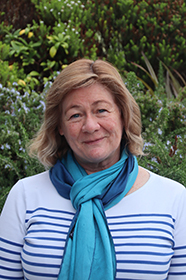 Janet Hoek is a Professor of Public Health at the University of Otago, Wellington, and co-director of the university’s ASPIRE 2025 Research Centre, which conducts research to support the Government’s smokefree 2025 goal.

She is the latest winner of a $50,000 grant from philanthropic trust The Gama Foundation in recognition of fulfilling her role under the Education and Training Act 2020, which requires university academics to act as the critic and conscience of society.

The award, administered by Universities New Zealand – Te Pōkai Tara, is given each year to an academic who, in the opinion of a panel of three independent judges, has done more in the past two calendar years than any other applicant to provide the public with independent expert commentary on an issue or issues affecting the Aotearoa New Zealand community or future generations.

For more than 20 years, Professor Hoek has researched how policy measures could more effectively reduce the appeal, availability and accessibility of tobacco products.

She has shared her findings in more than 250 conference presentations and more than 200 peer-reviewed academic articles, as well as in blogs and through extensive media activity.

She also works with community and advocacy groups and NGOs, and has led several studies that contributed to New Zealand’s Smokefree Action Plan released in 2021.

“These large increases show vaping is supplementing, not displacing, smoking and many more young people have become dependent on nicotine,” says Professor Hoek.

She says more regulation is needed to combat social media marketing that not only targets young people but provides incentives for them to create and share content and refer friends for promotional offers.

“We need a better balance between supporting people who smoke to switch to a less harmful alternative while also protecting young people from products that do not support their wellbeing.”

Professor Hoek also highlights how small convenience stores are sub-dividing their premises to create specialist vape retail outlets. This tactic circumvents SERPA, which imposed flavour restrictions on the stores and allowed them to sell only tobacco, menthol and mint flavoured e-liquids.

“Specialist vape stores may sell all flavours. By reinventing themselves as both convenience stores and specialist vape outlets, dairies are ensuring diverse, youth-oriented flavours such as ‘bubble-gum’, ‘cookies & cream’ and ‘dragon’s milk’ remain in the heart of family neighbourhoods,” says Professor Hoek.

She would like to see vaping products removed from small convenience stores so they are sold only by retailers that can offer cessation advice and are not frequented by young people in the way dairies are.

Commenting on its selection of Professor Hoek as winner of the 2022 Critic and Conscience of Society Award, The Gama Foundation’s Grant Nelson praised her steadfast long-term commitment to gathering the best-possible evidence around tobacco products and then using it to inform public and policymaker understanding of a major public health issue.

Professor Hoek welcomed the award, saying: “It’s an enormous honour to receive this award, which recognises a core role academics are privileged to have but that can be challenging to perform. I see the award as recognition of the ASPIRE 2025 Research Centre’s work, which has made major contributions to tobacco control policy in Aotearoa New Zealand and beyond. We are very grateful for this generous grant, which will help us strengthen our community connections and ensure our research continues to have real-world implications.”