Support for health records use after death – if it helps others

New Zealanders are supportive of their healthcare records being used after they die if it will benefit their whānau and the wider community, new research from the University of Otago has found. 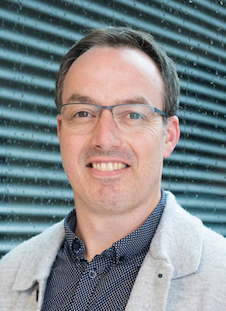 It is the latest study by Senior Lecturer Dr Jon Cornwall, from the Centre for Early Learning in Medicine in the Otago Medical School, who has been researching possible uses for posthumous electronic healthcare data (PHCD) for nearly five years.

Society has entered an era where having digital information recorded about us is considered normal, he says.

Yet, despite its increasing volume, it has not been decided what should happen with that data after someone dies and there is no guide as to what society views as acceptable.

Dr Cornwall’s study, funded by the New Zealand Law Foundation and published in Friday’s edition of The New Zealand Medical Journal, aims to fill that gap by exploring the attitudes and perceptions of New Zealanders towards the use of the deceased’s healthcare data.

Participants were asked to explore a range of topics focused around PHCD utilisation, including family access, consent models, infrastructure, anonymity, governance, and commercialisation.

The results indicate there is conditional support for a centralised, government-managed PHCD repository allowing controlled, no-cost access for healthcare and research purposes.

Public benefit from data is important, and participants prioritised any benefits being directed to family, then New Zealanders, and then others.

Commercialisation from data-use is viewed as likely and acceptable and Māori PHCD is considered preferably managed by Māori.

Dr Cornwall says he is not surprised by these results.

“The Kiwi attitude of helping others came through strongly – we are a beneficent bunch.”

This latest step in Dr Cornwall’s research is vital as these insights will help shape exactly how PHCD should be used in a socially responsible manner, he says.

“Death is an important social construct and deciding how to respectfully address information from those that have died had not yet been discussed.

“This is particularly important when medical information, which has personal and societal value, is being utilised.”

It is important a system is developed to ensure the culturally, ethically and socially appropriate use of PHCD, and to maintain trust between medical professionals and the wider public, he says.

Dr Cornwall’s interest in researching potential uses for PHCD began in 2017, when he was working on research related to body donation and the digitisation of human remains.

“The leap to considering healthcare records in posthumous context was an ‘aha’ moment, where a colleague and I wondered ‘what if?’,” he says.

“From there, the idea grew.”

Dr Cornwall says there are many ways this data can be used, including utilisation of genomic data to process and develop personalised medicine.

“That will directly benefit family in certain circumstances, as well as the wider community.”

He is continuing his work into how PHCD can be used and is currently working as a co-investigator on another study related to the issue.