Anyone waiting for a sociopath to grow up or calm down should give up; they will not change, a new study has revealed.

The research, published in the International Journal of Offender Therapy and Comparative Criminology, surveyed more than 1,200 partners, family members and friends of psychopaths – 93 per cent reported they were just as bad, or worse, as they got older. 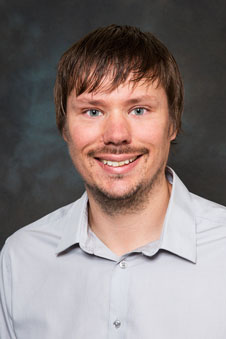 Co-author Professor Martin Sellbom, of the University of Otago’s Department of Psychology, says the research focused on people with antisocial personality disorder/psychopathy who were aged over 50.

“There is a general idea that offenders burn out and change their antisocial ways. But this study shows that those with psychopathic traits very much remain the same past age 50, and some even become worse as they get older with respect to manipulation, deceit, and abuse,” he says.

“This research gives a voice to the victims of psychopathy, providing a general indication of the degree to which victims are affected. Most of the time we focus on the individuals with such traits, and their biased perspectives.”

Many respondents provided narrative descriptions of what they witnessed and experienced. One woman wrote about her ex-husband: “The older he got, the more abusive he became. He lied, cheated, used, and stole. As he aged, he seemed to care less about hiding his behaviour, and he seemed to openly enjoy being cruel”.

Another respondent wrote about her mother: “Nothing ever changed. She exploits, lies, throws tantrums, rages, abandons, pouts, defames, threatens, and would still be physically violent if she had the physical strength”.

“There are many ways people can be victimised and many are unaware of the warning signs of psychopathy before it is too late. These individuals can be very charming and say all the right things to hook someone, but then the manipulation begins,” Professor Sellbom says.

Survey respondents reported significant harm caused by these over-50 individuals: 68 per cent lost money, 45 per cent incurred debt, 26 per cent were physically abused or injured, and 27 per cent had their lives threatened.

Psychological harm was even more widespread: 88 per cent of survey respondents said they became anxious or depressed, 76 per cent said the stress of the involvement made them ill, 70 per cent said they suffered post-traumatic stress disorder and 31 per cent considered or attempted suicide.

“Anyone who is waiting for a senior sociopath to grow up or calm down – whether this person is a romantic partner, family member, work colleague or friend – should stop wasting their life and escape. He or she will not change.”