Some of New Zealand's best emerging talent in music, writing, dance and visual arts are represented in the list of new University of Otago Arts Fellows for 2010.

In announcing the four fellowships, University Vice-Chancellor Professor David Skegg says the task of selecting the recipients is always difficult because Otago's Fellowships are each seen as a national prize, with the standard of applicants from around New Zealand always being very high.

"We are delighted with the people chosen to be next year's arts fellows and we look forward to hosting them at the University of Otago as they work on their creative projects," says Professor Skegg. 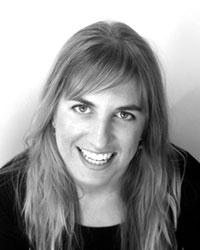 Ms Powles has a Master of Creative Writing degree from Auckland University (2006) and became the Director of New Zealand Book Month in 2008. This year she published her first novel, Weathered Bones, to excellent reviews.

As the Burns Fellow, she plans to write a novel inspired by the life of Woody Guthrie and the international work of Huntington's Disease expert, and Otago graduate Professor Richard Faull, exploring themes of medical ethics and biology. Ms Powles currently lives in Waitakere and is looking forward to her year in Dunedin, starting in February 2010.

"I am elated to have arrived at this dream scenario of being able to write full time and feast wholeheartedly on words without interruption," she says.

"The Robert Burns Fellowship is New Zealand's premier literary residency, and there is something delicious about it being hosted in Dunedin, a city cloistered in vibrancy of student life and yet expansive in its ocean views and commitment to wildlife." 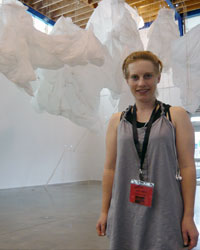 Wellington-based artist Joanna Langford, who works with everyday materials to create whimsical sculptures of her imagination, is the 2010 Frances Hodgkins Fellow.

Joanna received a Master of Fine Arts (Painting) degree from Canterbury University in 2004, and since 2006 has won three prestigious arts residencies – including the Royal Over-Seas League Residency, in London and Scotland in 2007. She was also the Olivia Spencer Bower Fellow in Christchurch in 2006.

"I'm very excited and honoured to be offered the Frances Hodgkins Fellowship," she says.

"I am looking forward to experimentation with new materials and technology and having the time for research and critical reflection. As with previous residencies, in Iceland, Scotland, Christchurch and Wanganui, I will look to the regional landscape and urban environs for inspiration."

Ms Langford plans to use her year at Otago to complete a 3D animation she began in Iceland in 2008, entitled Baltic Wanderer. This is an animation of a lonely architectural structure which hovers in an Icelandic lava field; with the image revealed and obscured by shifting mist. She will also look for inspiration for new works based on Dunedin imagery and materials she finds here.

Her 'installations' – involving both smell and visual textures - have toured galleries throughout New Zealand for the past six years, receiving excellent reviews for her portrayals of imaginary worlds and terrains. 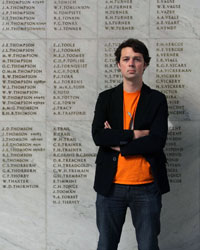 "This is very exciting and a fantastic opportunity," he says. "The University of Otago has a strong history of supporting the arts and a considerable number of prominent New Zealand composers have held the Mozart Fellowship. Otago is one of only two universities in New Zealand that offer a composition residency and it is the longest standing residency in New Zealand."

His previous awards include the prestigious Philip Neill Memorial Prize for Persephone, 2008 (University of Otago), and the University Madrigal Singers Prize for Excellence in Composition for Voice, 1998 (University of Canterbury).

With an extensive list of some 45 compositions to his name, Mr Adams plans to complete a full length symphonic orchestral work during his tenure as Mozart Fellow. He is also planning to write a Clarinet Quintet for the Wellington clarinettist Anna McGregor, and work further with Christchurch ensemble Silencio.

"My recent projects have been instrumental and so I'm looking forward to writing for voice again, particularly for the Soprano Helen Acheson. I'm also keen to work with Dunedin ensembles."

He is excited about spending a year in Dunedin, a "beautiful city with a rich history." 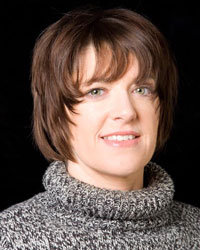 With her Caroline Plummer Fellowship in Community Dance, Auckland performer and choreographer Suzanne Cowan plans to choreograph a dance project, called 'Sight lines," from the perspective of people with visual impairments.

Working with the Dunedin sight-impaired community and students from Dance Studies, she plans to use the media of dance, photography, video and sound to create a "vision for dance as a means of embracing diversity and difference."

The planned finished work will involve a performance at the university and in a Dunedin community arts space, a website designed for people with visual impairments, and an academic research paper for publication based on the project's findings.

"I am thrilled and honoured to be the next recipient of the Caroline Plummer Fellowship," she says.

"It is a wonderful opportunity to develop something really unique in an exciting part of the country. It is also an opportunity to build on my choreographic experience and take it in a whole new direction."

She says her interest in the creative possibilities inherent within physical and sensory impairment stems from her own experience of living with a spinal injury and using a wheelchair.

Ms Cowan received First Class Honours upon completing her Master of Creative and Performing Arts degree from University of Auckland this year. She also worked for an international mixed ability dance company 'Candoco' for three and a half years touring internationally (from 2000 - 2003).

Charles Brasch, the initiator of the Fellowship, once wrote: "Part of a university's proper business is to act as nurse to the arts, or, more exactly, to the imagination as it expresses itself in the arts and sciences. Imagination may flourish anywhere. But it should flourish as a matter of course in the university, for it is only through imaginative thinking that society grows, materially and intellectually.' (Landfall, March 1959).