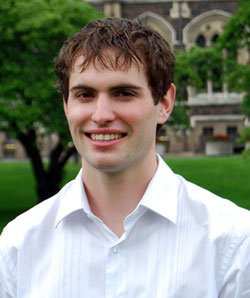 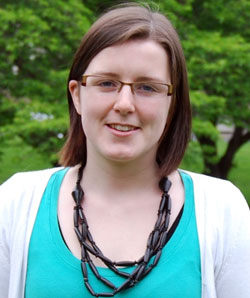 Julian Peat and Naomi White, from the University of Otago, are two of three successful scholarship recipients nationally for 2010.

The scholarships, covering all course and college fees at the University of Cambridge, annual return airfares to New Zealand and a yearly allowance, are funded jointly by the Rutherford Foundation and the Cambridge Commonwealth Trust.

While at Cambridge University Julian Peat will be studying ribonucleic acid (RNA), which is the building block of genetic material. He is particularly interested in working out how RNA acts and interacts with cell components, with a view to using this information to drive therapeutic advances.

Naomi White aims to study the improvement of social and communication skills in children with autism using musical intervention programmes. She has a background in psychology and psychopathology with strong musical interests.

The Rutherford Foundation, which awards the scholarships, is a trust set up by the Royal Society of New Zealand to provide support to emerging New Zealand scientists.

"It is hoped that these bright young scientists will eventually return to New Zealand to continue their quest for knowledge, thus contributing to New Zealand's economic growth."

Yvette Perrott from the University of Auckland has been awarded the third scholarship, and hers will be hosted by the Cavendish Laboratory at Cambridge. This laboratory is where Lord Ernest Rutherford conducted his ground-breaking physics research. She has experience in gravitational microlensing, a technique used to discover planets around distant stars, their sizes and relative distances.

For further details about the Rutherford Foundation see:

The Foundation is named after Ernest Rutherford who, in 1894, was awarded an 1851 Exhibition Scholarship that allowed him to travel overseas to carry out research in physics. He chose to attend the University of Cambridge which had just begun to accept research students from overseas.

The Rutherford Foundation provides support to those demonstrating a passion for science and technology and the potential to excel in a research environment. It offers two PhD scholarships funded jointly with the Cambridge Commonwealth Trust and a third supported by the Cavendish Laboratory (in physics).

Permission to name the Foundation after Lord Rutherford was generously given by his great granddaughter Mary Fowler, Professor of Earth Sciences at the University of London.

His Excellency The Hon Anand Satyanand, Governor-General of New Zealand, lends his mana to the Foundation by acting as Vice Regal patron.