The University of Otago today announced the names of twelve academics who have been promoted to full professorships.

Vice-Chancellor Professor David Skegg says the appointments reflect the outstanding leadership in research and teaching, as well as community service, among the recipients.

"These individuals have made an enormous contribution to the University and community and their promotions are well earned," he says.

"Otago's process for conferring professorships is a very rigorous one, which includes a thorough evaluation of the candidate's quality of teaching and international research contribution." 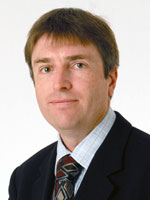 Murray Barclay is a graduate of the University of Otago and works as both a gastroenterologist and clinical pharmacologist at Christchurch Hospital and University of Otago Christchurch. Research areas include pharmacogenetics, inflammatory bowel disease aetiology and genetics, thiopurine drugs and methotrexate, and drug concentration monitoring. He was recently President of the New Zealand Society of Gastroenterology. He has helped generate several ongoing national and international research collaborations, especially related to the treatment of inflammatory bowel disease, and is working on a web-based health education project called Interactive Medicine, for increasing understanding of medical conditions and drugs, for students, doctors and patients. 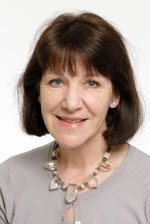 Professor Beautrais's focus is suicidal behaviour and suicide prevention. Her research includes studies of suicide and suicide attempt, youth suicide, the developmental trajectory of suicidal behaviour, support for families bereaved by suicide and screening and monitoring programmes for at-risk groups. She is also involved in national suicide prevention strategies and teaches a postgraduate course in suicide studies. Professor Beautrais collaborates with suicide researchers in a number of countries, and works with international associations to promote suicide prevention. She is currently working at Yale University, developing Emergency Department-based interventions for suicidal patients. 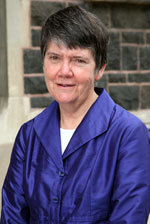 Judy Bennett lectures in Pacific Islands history where her initial focus was the Solomon Islands and the history of plantations. More recent exploitation of tropical forests saw her write a forest history of these islands, which developed into a concern for the environment. Professor Bennett's latest book, Natives and Exotics: World War II and Environment in the Southern Pacific (Honolulu, 2009) resulted from this interest. Research on the war so fired her curiosity about the fate of the children of American servicemen and Pacific Island and Maori women that, with her team of researchers, she applied for and won a significant Marsden grant over three years. She starts this research in 2010. She is also the Associate Dean of Graduate Studies (Humanities). 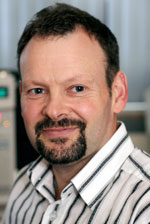 Phil Bremer is Head of the Department of Food Science. His research interests include determining mechanisms of attachment of bacteria to a diverse range of surfaces, from factory equipment to ships' hulls. Professor Bremer is developing polymer coatings which reduce the ability of organisms to adhere, and thus make surfaces easier to clean. Other interests include enhancing the safety, stability and quality of foods by modifying composition, formulation and processing. Understanding how these elements interact will help New Zealand food and beverage producers respond better to consumer demand for new or healthier foods which still retain excellent flavour and appeal. 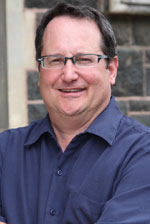 Michael Colombo received his BSc in Molecular Biology from the University of Colorado, and his MSc and PhD in Behavioural Neuroscience from Rutgers University. He then went on to conduct his postdoctoral research in neuroscience at Princeton University before joining the faculty in the Department of Psychology at Otago in 1992. Professor Colombo conducts research on animal behaviour, the neural basis of learning and memory, as well as the neural basis of gambling. In 2008, he was the recipient of a University of Otago Teaching Excellence Award. 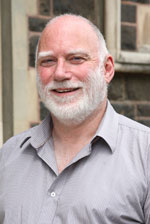 Peter Herbison has provided statistical consulting services to health researchers since 1975. In this role he has helped hundreds of researchers, from experienced senior scientists to junior researchers on their first project. Through this work he became involved with the Cochrane Collaboration and developed an interest in ensuring the validity of medical information by carrying out better clinical trials, and synthesising the results in a manner that is not misleading. Professor Herbison also has an interest in ensuring the patient's views are taken into account in planning research agendas and developing ways in which this might happen. 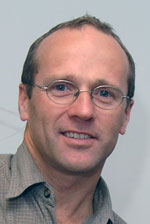 Martin Kennedy is a molecular geneticist whose career focus has been the exploration of genes, their role in disease, and their impact on treatment. He has published widely on the genetics and pharmacogenomics of disease, particularly the mental disorders, since he joined the University of Otago in 1991. As director of the Carney Centre for Pharmacogenomics, at the Christchurch campus, Professor Kennedy has helped drive research which examines the impact of genetic variation on responses to drug treatments in several diseases. His laboratory is also applying genomic methods to understand how psychiatric drugs influence gene expression, and how this can inform about mood disorders and their treatment. 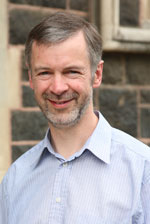 Iain Lamont's research centres on understanding how a common bacterium, Pseudomonas aeruginosa, causes infections in patients with cystic fibrosis or other conditions. He has a particular interest in how the bacteria obtain iron, which they need to be able to grow. Starving the bacteria of iron may prevent them from causing infection. His research team has made fundamental advances in this field by studying bacteria in the laboratory and more recently has developed methods to investigate the bacteria in patients. Professor Lamont has been President of the New Zealand Microbiological Society, is chair of the University's biological safety committee, and has played a leading role in the establishment and ongoing development of the University's successful inter-departmental teaching programme in genetics. 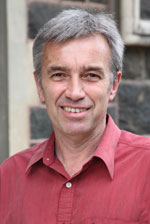 Rob McGee has been a member of academic staff at Otago for 29 years, most recently in the Department of Preventive and Social Medicine, where he has taught health promotion and health research methods. His research interests lie in the health of adolescents and young adults, and the evaluation of health promotion activities to improve health. He came to Dunedin in 1980 as Deputy Director of the Dunedin Multidisciplinary Health and Development Study, a long-term study of individual development and behaviour from birth to adulthood. Professor McGee was Principal Investigator in the area of child and adolescent mental health and positive youth development. His more recent research includes work with the Cancer Society Social and Behavioural Research Unit, especially in the area of tobacco smoking among young people. 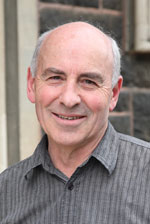 Jim McQuillan is a physical chemist who uses the interaction of light with matter (spectroscopy) to obtain molecular details of chemical reactions at the surfaces of small wet particles. Many such reactions are poorly understood but of widespread importance in nature and in technology. In recent years he has pioneered the use of infrared spectroscopy in conjunction with thin particle films to study the surface chemistry of diverse systems including titanium dioxide paint pigments, iron oxides in the environment, and bacteria. His surface spectroscopy research focus stems from being co-discoverer in 1973 of surface–enhanced Raman spectroscopy during postdoctoral work at Southampton University. Professor McQuillan is the incoming President of the Physical and Biophysical Chemistry Division of the International Union of Pure and Applied Chemistry. 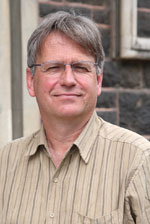 Henrik Moller's research has concentrated on pest and wildlife disease control, threatened species management, ecological restoration and sustainable harvest management. In more recent years he has developed bicultural research models that identify environmental management options by applying both science and mātauranga Māori (Traditional Ecological Knowledge of Māori) to traditional tītī (muttonbird) harvesting and community-led coastal and river management. Professor Moller leads the Agriculture Research Group On Sustainability's environmental objective that compares the sustainability of organic, integrated management and conventional farming. Since 1990 he has been based largely in the Department of Zoology, but he now co-directs the Centre for Study of Agriculture, Food & Environment. 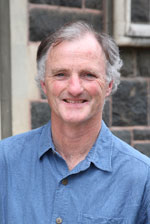 Graham Wallis started his education at the University of Wales, Swansea. He spent nearly seven years as a postdoctoral fellow at Yale, Leicester and Perth before making Dunedin his home in 1988. The focus of his research at Otago has been probing how New Zealand animals evolve through the application of molecular genetic techniques. Using protein markers and DNA sequences, Professor Wallis's group has revealed previously-unrecognised fish and insect diversity in the South Island. Data suggest that the dynamic geology of the South Island caused speciation of these new forms through mountain-building and changes to river flows. The Department of Conservation uses this information to help protect the nation's biodiversity.