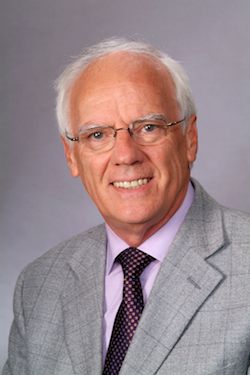 University of Otago bioethicist Professor Donald Evans has been chosen to head one of the world’s most prestigious bioethics organisations.

At its recent meeting in Mexico, Professor Evans was elected President of the International Bioethics Committee (IBC) of the United Nations Educational Scientific and Cultural Organisation (UNESCO).

He is the first person from the Southern Hemisphere to hold the post.

Representing all 191 member states of UNESCO, The IBC is a body of 36 independent experts that follows progress in the life sciences and its applications in order to ensure respect for human dignity and freedom.

The IBC provides the only global forum for in-depth bioethical reflection by exposing the issues at stake. Its recent activities include developing the Universal Declaration on Bioethics and Human Rights.

The body includes leading lawyers, clinicians, researchers, and bioethicists such as Professor Evans. He is the first bioethicist to be elected President.

Professor Evans has been a member of the IBC for six years, serving as Vice-President for the past two years and will spend the final two years of his term on the committee as President.

He will also sit as a member of UNESCO’s World Commission on Ethics in Science and Technology for the next two years.

Professor Evans is a member and former Director of the University of Otago Bioethics Centre and a former member of the National Ethics Advisory Committee of New Zealand. He has spent 20 years on the development of Health Care Ethics curricula and teaching at undergraduate and postgraduate levels. He has designed and provided training to members of ethical review committees throughout that period.

He has conducted various commissioned research projects for public bodies, government and international departments and provided ethics consultations with practitioners in a variety of New Zealand and international Health Care settings. He is a member of UNESCO’s Expert