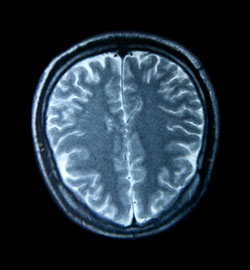 University of Otago researchers have gained significant funding for brain health-related studies in the Neurological Foundation of New Zealand’s latest funding round.

Investigations into a new approach to treating epilepsy and studies involving Parkinson’s disease are among the Otago research efforts being supported by the Foundation.

Dr Shakila Rizwan of the University’s Department of Anatomy & Structural Biology has received a prestigious Philip Wrightson Postdoctoral Fellowship for her study into potential epilepsy treatments.

The scholarship, worth $136,854, will support her work developing a new treatment strategy for delivering seizure-suppressing inhibitory neurochemicals to the region of the brain from which the seizures originate.

A Miller Postgraduate Scholarship with a value of $105,483 went to Lisa Smith, also in Anatomy & Structural Biology, to support her PhD studies into dopamine receptors in the brain and Parkinson’s disease.

Dr Louise Parr-Brownlie of the Department of Physiology was awarded a $191,442 project grant to lead a study into Parkinson’s disease which introduces to New Zealand a new research technique that uses light pulses to study brain cells. Results from the study will improve understanding of dysfunctional brain activity underlying movement problems in Parkinson’s patients.

A small project grant of $9906 went to Dr Jonathan Shemmell of the School of Physical Education for a project aimed at improving understanding of the brain circuits responsible for postural control.

Psychology honours student Max Major gained a $4000 Summer Studentship from the Foundation for his project “Subliminal Priming of Motor Inhibition in Autism”.

Epilepsy is a common brain disorder, with up to 40% of sufferers failing to achieve good seizure control. This project aims to develop a new treatment strategy for delivering seizure-suppressing inhibitory neurochemicals to the region of the brain from which the seizures originate. Experiments will be performed in slices of brain tissue, and will investigate the effects on individual cells of applying inhibitory neurochemicals in normal tissue, and using artificial models of seizure activity. Data generated will be an essential first step towards testing the efficacy of the technology in a whole animal model of epilepsy.

Parkinson’s disease is a disorder characterised by loss of the brain chemical dopamine, with resulting difficulties in movement. Replacement of dopamine using L-DOPA is the mainstay treatment but in some cases it is associated with the development of abnormal movements called dyskinesias. These abnormal movements may be the result of an exaggerated learning mechanism where fluctuations of dopamine are working on overactive dopamine receptors. This study will determine the expression of dopamine receptors in normal brains and in an animal model of Parkinson’s disease, and measure the effect of fluctuations in dopamine to identify mechanisms amenable to future therapies.

Parkinson’s disease is a movement disorder caused by loss of dopamine in the brain. To fully understand the biological basis of Parkinsonism, we need to know what the lack of dopamine does to brain circuits that control movement. This project will employ a new method, using light pulses, to modulate brain activity in an animal model of Parkinson’s disease to learn critical information about changes that occur in the motor thalamus, a key component of the movement control circuit. Results will improve our understanding of dysfunctional brain activity underlying movement deficits of Parkinson’s disease, with the potential to improve current treatments or direct the development of new treatments.

Humans avoid many falls every day because our brain is capable of adapting our reflexes to suit a variety of environmental conditions. Damage to the central nervous system, such as occurs following a stroke, can disrupt this adaptation and reduce our ability to respond to unexpected changes in the environment (a crack in the pavement for example). This project examines the role of the right and left sides of the brain in adaptation of the stretch reflex to improve our understanding of the neural circuits responsible for postural control.