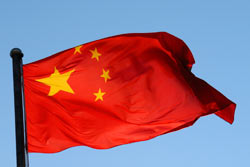 China’s rise and future role on the world stage will go under the spotlight at the University of Otago’s 45th Foreign Policy School later this month. The event gathers together leading national and international China scholars and New Zealand diplomats, policymakers, business people and members of the public.

Titled “China’s Ascent: New Superpower or New Global System?” the School is being held in association with the New Zealand Contemporary China Research Centre at Victoria University of Wellington. The gathering takes place at Dunedin’s Salmond College from 25-27 June.

School Co-Director Professor Robert Patman of the University of Otago says a “truly world-class line-up of experts” has been assembled to speak at the event.

Speakers and participants will explore how China’s growing interests and capacities will shape the way the international system operates. Sessions cover China and international politics, media and the environment, international economy, and regions such as the South Pacific and sub-Saharan Africa.

“Among the key questions to be tackled at the School is ‘will a new China fundamentally change the rules of the game in the global system, or will China simply become another great power using the traditional tools of money, force and diplomacy’?,” Professor Patman says.

New Zealand-China relations are the focus of a roundtable composed of leading Chinese academics and New Zealand figures including Wellington Regional Chamber of Commerce CEO Charles Finny and journalist and analyst Colin James.

The School’s opening address will be given on the Friday evening by Minister of Foreign Affairs Hon. Murray McCully.

The keynote address, ‘China's Global Identities: the Schizophrenic Superpower’, is being presented by Professor David Shambaugh of George Washington University. Professor Shambaugh is an internationally recognised authority on contemporary Chinese affairs and the international politics and security of the Asia-Pacific region.

Other speakers will delve into topics such as China and FTAs in international trade, its UN Diplomacy and the evolution of its climate change policy. A full list of speakers and topics appears below.

The Otago Foreign Policy School originally started in 1966 as a workshop on foreign affairs, and now attracts a wide range of people drawn from both public and private sectors.

Professor Sam Zhao, University of Denver
Between the Head Low and the Head up: China’s Pursuance of It’s Core Interests