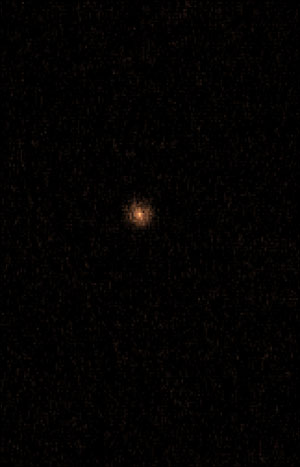 In a major physics breakthrough with international significance, University of Otago scientists have developed a technique to consistently isolate and capture a fast-moving neutral atom – and have also seen and photographed this atom for the first time.

The entrapment of the Rubidium 85 atom is the result of a three-year research project funded by the Foundation for Research, Science and Technology, and has already prompted world-wide interest in the new science which will flow from the breakthrough.

A team of four researchers from Otago’s Physics Department, led by Dr Mikkel F. Andersen, used laser cooling technology to dramatically slow a group of rubidium 85 atoms. A laser-beam, or “optical tweezers”, was then deployed to isolate and hold one atom - at which point it could be photographed through a microscope.

The researchers then proved they could reliably and consistently produce individual trapped atoms – a major step towards using the atoms to build next-generation, ultra-fast quantum-logic computers, which harness the potency of atoms to perform complex information-processing tasks.

“Our method provides a way to deliver those atoms needed to build this type of computer, and it is now possible to get a set of ten atoms held or trapped at the one time.

“You need a set of 30 atoms if you want to build a quantum computer that is capable of performing certain tasks better than existing computers, so this is a big step towards successfully doing that,” he says.

“It has been the dream of scientists for the past century to see into the quantum world and develop technology on the smallest scale – the atomic scale.

“What we have done moves the frontier of what scientists can do and gives us deterministic control of the smallest building blocks in our world,” Dr Andersen says.

The results of the landmark study have today been announced in the leading scientific journal Nature Physics.

The next step is to try and generate a “state of entanglement” between the atoms, a kind of atomic romance which lasts the distance, he says.

“We need to generate communication between the atoms where they can feel each other, so when they are apart they stay entangled and don’t forget each other even from a distance. This is the property that a quantum computer uses to do tasks simultaneously,” says Dr Andersen.

One atom is so tiny that 10 billion side by side would make a metre in length. Atoms usually move at the speed of sound, making them difficult to manipulate.

Unlike ions, neutral atoms like the Rubidium 85 atom are notoriously difficult to pin down because they cannot be held by electrical fields. In recent times, only two other types of neutral atom have been seen and photographed by scientists in the world; the Rubidium 87 and the Caesium 133 atom.

Dr Andersen says that for him personally, the breakthrough has been a major milestone.

The other members of Dr Andersen’s team are Tzahi Grünzweig, Andrew Hilliard and Matt McGovern.