New Zealand investors better informed on expenses but not on par with Australia, says Otago research

Despite the introduction of new accounting rules effective from 2007, New Zealand companies still have further to go than Australia to show a higher and more internationally-expected level of transparency when it comes to the disclosure of expenses, says a new University of Otago study.

The research, led by Professor in Accountancy David Lont at the University of Otago’s School of Business, in collaboration with Mr Tom Scott from the University of Technology, Sydney, and Otago graduate Lisa Crawford, was this month published online in the highly respected Australasian journal, Accounting and Finance. 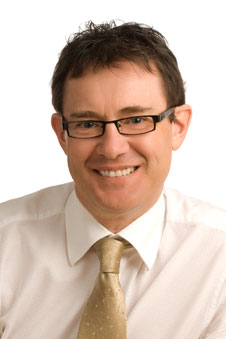 Their study focused on whether New Zealand has taken on board concerns expressed in previous research by Professor Lont showing that before the year 2007, NZX listed companies were reporting very few operating expenses and attracting regulatory concern as a result.

“Before 2007, we had a large number of New Zealand companies being vague about their expenses, and listing large percentages of their expenses under the catch-all “other” – without anyone being able to see what those expenses were.

“Some were declaring up to 80% of their expenses under this category – which was out of sync with international disclosure practices,” says Professor Lont.

The problem began to be addressed in 2007 with the introduction to New Zealand of International Financial Accounting Standards (IFRS) – rules requiring higher quality and consistently applied accounting standards, which he says are vital to a well-functioning capital market.

This latest study examines non-mandated expense disclosures for most New Zealand listed companies and matched them to similar Australian companies between 2004 and 2009. This enabled the researchers to examine the trend under the new and old rules for similar firms before and after the introduction of IFRS rules.

“While better than before, many may still be surprised at how low that number for New Zealand still is,” says Dr Lont.

Of more concern is the finding that some companies still do not disclose any non-mandated expense items. Pre-IFRS, 29% of companies fell into this category.

This has steadily declined but even in 2009, 6% of companies still did not disclose any non-mandated expenses.

Percentage of NZ companies not disclosing any non-mandated expense items

“These rules are important because an investor in Australia, for example, wants to know that the quality of disclosure is as good as in their country. This is a signal which affects the risk involved in providing capital to those companies, and also their reputation. For example, if I can see that detail I’m more likely to want to invest in the company,” says Professor Lont.

He says this is probably because Australian standards were closer to IFRS than New Zealand standards and thus the change to IFRS had less effect.

The researchers also tracked mandated expenses, such as directors and audit fees.

“Essentially, all companies disclose these mandated items and this is good news for our regulators and investors as these are typically the most important items,”says Dr Lont.

Dr Lont says this captures two of the big expense items and helps to address the regulatory concern by reducing the high percentage of unexplained expenses – those effectively grouped as ‘other’ expenses.

“We did find that, on average, “other” expenses fell from 64% before the rules came in, to around 11% post IFRS for those using the cost of sales method, which is a substantial improvement

“That sounds good, except in Australia, for similar companies, the change was 5.92% of expenses unexplained pre IFRS to only 4.87% post IFRS. In other words, Australian firms still give investors better insights into the expenses impacting on their profit margin in both the number of expense items disclosed and a lower level of “other” expenses.

“Accounting scandals such as Enron show us the importance of transparency and the need for adequate disclosure. But this is an issue that requires on-going monitoring,” he says.

“Why there is a difference between Australia and New Zealand, when both countries follow the same standards, needs further research and perhaps regulatory oversight.”
Lisa Crawford, David Lont and Tom Scott; The effect of more rules-based guidance on expense disclosure under International Financial Reporting Standards. Accounting and Finance, Article first published online: 1 AUG 2013.