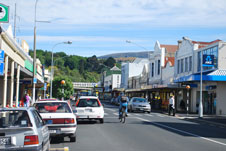 Although the just released second annual Child Poverty Monitor has revealed a small decrease in the number of New Zealand children living in income poverty, researchers involved in its preparation say there is still much to address in terms of health impacts.

Dr Jean Simpson, the Director of the University of Otago based NZ Child & Youth Epidemiology Service, which prepared the Technical Report for the Child Poverty Monitor, says while the reduction from 27% to 24% of children in households in income poverty is in the right direction, New Zealand still has one in four of its children aged 0—17 years living in income poverty.

"There is plenty of research that shows that living in poverty can be bad for children’s health. We know that poor health can affect a child’s ability educationally and socially, and there are also long term health consequences that will have implications for the Health budget."

Dr Simpson says it is also good to see figures such as infant mortality continuing to fall, but that only gives part of the picture.

Dr Simpson says the average annual rate of hospitalisations for infectious and respiratory illnesses, based on the last five years, has stayed much the same, but it was pleasing to see a decrease in the last year.

"It is too early to know if we are doing better than before. We will need to maintain that reduction in the rates to be confident that there is a real difference."

Meanwhile, the rate of hospital admissions for assault, neglect or maltreatment have continued to decline over 2000 to 2013. The number of deaths from such events has stayed the same, at an average of eight a year. The mortality rates were higher though for babies under one year, and children aged over 11 years.

"Establishing a set of indicators that can be monitored over time tells us what is actually happening, rather than what we think is happening. It’s easier to see the size of the problem and then, over time, to see the impact changes in policy and practice are having on children's lives," Dr Simpson says.

"I am still not sure that the real impact on a child’s health and wellbeing from living in poverty is fully recognised. Over 40,000 hospital admissions for conditions that have a social gradient means a lot of children each year are really sick. And children living in the most deprived areas are more likely that those from wealthy areas to be admitted for these conditions and injuries."

Over 80% of these admissions are for children with respiratory diseases, infections and other preventable illnesses, with under-fives the most commonly admitted.

Paediatrician Professor Innes Asher, of the Steering Group of the NZ Child and Youth Epidemiology Service says “These figures reflect what front-line health professionals who treat children see every day – the paediatricians, general practitioners, nurses and community health workers. The proportion of New Zealand children who are sick with preventable diseases related to poverty remains very high, and should be a concern for all New Zealanders."