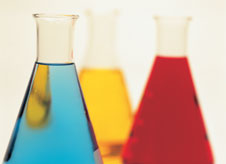 The University of Otago will lead four further innovative projects aimed at engaging New Zealanders, and young people in particular, to learn more about science and technology.

The projects are funded under the “Unlocking Curious Minds contestable fund pilot”, which is a recent initiative in response to the Government’s “Science in Society” National Science Challenge.

The four new Otago projects are among 25 Unlocking Curious Minds grants announced this week through the Ministry for Business, Innovation and Employment. The first set of projects was announced in May with the University leading three of them.

Dr Shieak Tzeng (Surgery, University of Otago, Wellington)
Regions involved: Wellington
A weekly science club for primary school students will explore how our bodies work, especially the heart and lungs, and with an emphasis on the relationship between exercise and health. The project has been funded $4,450.

Dr Dave Warren (Chemistry) and Dr Esther Haines (Physics)
Regions involved: Otago
Science for Supper is a series of supper-time drop-in sessions for kids and their family/whanau to see science in action beyond the school curriculum. Topics will be relevant to the community - like sea-level rise, renewable energy and ocean acidification. This project has been funded $19,455.

Professor Phil Bishop (Zoology)
Regions involved: National
The University of Otago has been funded $40,417 to run SciTeen, which aims to create ambassadors for science, conservation, and biodiversity.

“Creating Stories about our National Parks”

Professor Lloyd Davis (Centre for Science Communication, Zoology)
Regions involved: Otago
Creating Stories about our National Parks will have high school students making films about climate change and the geology and glaciers of Westland National Park. This project has been funded $70,979.