“Fear of missing out” linked to alcohol harm in students 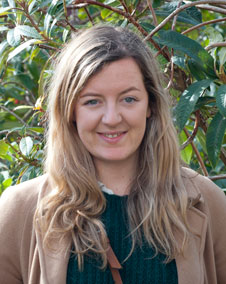 University students who have a greater “fear of missing out” (FoMO) are much more likely to experience negative consequences from drinking alcohol, new University of Otago psychology research suggests.

FoMO refers to the uneasy and often all-consuming sense that friends or others are having rewarding experiences from which one is absent. It is characterised by a desire to remain socially connected and may manifest itself as a form of social anxiety.

The Otago Department of Psychology researchers have now published what is believed to be the first research examining FoMO, alcohol use, and alcohol-related consequences in university students.

Their study appears in the journal Annals of Neuroscience and Psychology.

In two separate studies, a total of 432 students took a psychometric test to measure their FoMO level and completed an alcohol consequences questionnaire. In the first study, the students were then asked about their alcohol use over the past 30 days, and in the second study they reported their alcohol use on a daily basis over a fortnight.

The 10-item FoMO scale asked participants how strongly they agreed with statements such as “when I miss out on a planned get-together it bothers me” and “I fear others have more rewarding experiences than me”.

Department of Psychology PhD candidate and study co-author Jayde Flett says that those who scored highly on the FoMO scale reported twice as many instances of alcohol-related negative consequences over the past three months than those low in the trait.

“In both studies, participants higher in FoMO were more likely to have reported ‘feeling badly about myself’, having ‘said embarrassing things’, or ‘done impulsive things that [they] later regretted’ when drinking. Additionally, they were more likely to have had ‘less energy’, ‘had a hangover’, or have ‘not remembered stretches of the night,’ Ms Flett says.

In the second study, which had a broader sample than the first, those higher in FoMO were more likely to have “taken foolish risks when drinking”, “became rude or obnoxious”, and “drank alcohol on nights that they had not planned”.

Across both studies, higher FoMO scores were associated with experiencing more negative alcohol-related consequences but not overall higher alcohol use.

Ms Flett and her co-authors concluded that “to reduce alcohol-related harm within the student population, it may be important to address social factors such as FoMO that may drive people towards riskier behaviour surrounding alcohol use”.

The study was supported through the Health Research Council of New Zealand.

Riordan, B. C., Flett, J. A. M., Hunter, J. A., Scarf, D. and Conner, T. S. (2015). Fear of missing Out (FoMO): the relationship between FoMO, alcohol use, and alcohol-related consequences in college students. Annals of Neuroscience and Psychology, 2:6.
http://www.vipoa.org/neuropsychol/2/7