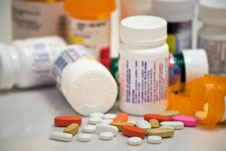 Two new studies conducted by researchers at the University of Otago show that not being able to afford prescription medicines can harm people’s health.

Lead author of the first study, Associate Professor Santosh Jatrana, who is now at Deakin University in Australia, says that while only a minority of people cannot afford their prescription medicines in New Zealand, these people’s health suffers.

Using a Statistics New Zealand longitudinal survey, the researchers found that people who were sole parents, lived in poorer parts of New Zealand, were more materially deprived, and Māori and Pacific people, were less likely to be able to afford their prescription medicines. Younger people were also more likely to have trouble paying for their medicines than people over 65.

The study, published in BMJ Open, found that both men’s and women’s health suffered but the impact was greater on men’s health. The impact was also greater for people under 65 than those over this age.

The second study, published in Research in Social and Administrative Pharmacy, involved interviews with people who could not afford their prescription medicines.

Prescription charges in New Zealanders are only $5 per prescription item, but the study authors say that “for people with many health problems, these charges can quickly mount up. For those with low incomes they may present an insurmountable barrier. People seem to be going without medicines that are essential to staying healthy”.

In this study people reported only picking up some medicines, and missing out on others, going without medicines until they could afford them, going without food, or switching to cheaper less healthy food, and reducing other essential items like electricity use, in order to afford medicines.

Professor Norris says that although charges in New Zealand are low compared to many other countries, in New Zealand everyone 13 years and over has to pay.

There is no exemption for people with low incomes and multiple health problems. She says that “both studies are a strong argument for providing prescription medicines free to some groups of people, in order to address health inequalities”.