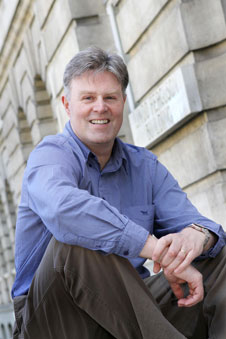 University of Otago researchers are part of an international team of scientists who have discovered how anti-Müllerian hormone (AMH) may act in the brain to cause polycystic ovary syndrome (PCOS) symptoms.

Around 10 per cent of women of childbearing age have PCOS, making it the most common reproductive disorder in females. Many women with PCOS are infertile.

AMH levels in the blood of women with PCOS are known to be two to three times higher than in other women, but how AMH may cause or worsen symptoms has remained unclear.

Now, a team including Otago scientists Professor Allan Herbison and Dr Rebecca Campbell and their research groups have discovered that AMH, which is produced in the ovary, acts in the brain to overexcite the neurons that control ovarian function.

Through a series of experiments, the researchers determined that gonadotropin-releasing hormone (GnRH) neurons have receptors for AMH and that AMH potently activates the firing of these neurons.

They then showed that the overactive GnRH neurons prompted the pituitary gland to release more frequent pulses of luteinising hormone into the bloodstream.

Professor Herbison says that these higher frequency pulses result in abnormal ovarian function, including the development of ovarian cysts and elevated production of androgens, which are both cardinal features of the syndrome.

“This research suggests that reducing AMH concentrations in PCOS women to normal levels may bring their ovarian function, including fertility, back to normal,” he says.

AMH is a hormone that until recent years was thought only to have an important role in the development of the reproductive anatomy of male embryos. Scientists have now discovered that it appears to play previously unsuspected roles in a number of neural networks.

“Now we can add brain control of fertility to that list of networks,” Professor Herbison says.

The research, which is newly published in the leading journal Nature Communications, was supported by funding from the Health Research Council of New Zealand.