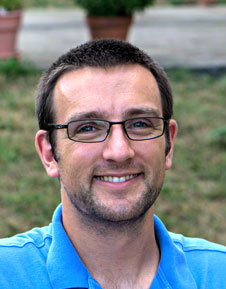 Current approaches to reconstructing past climate by using tree-ring data need to be improved on so that they can better take uncertainty into account, new University of Otago-led suggests.

Tree growth rings are commonly used as climate proxies because they can be well-dated and the width of each ring is influenced by the climatic conditions of the year it grew in.

In a paper appearing in the Journal of the American Statistical Association, statistics and tree ring researchers from Otago, the US and UK examined the statistical methods and procedures commonly used to reconstruct historic climate variables from tree-ring data.

The research was led by Dr Matthew Schofield of Otago's Department of Mathematics and Statistics. His co-authors on the paper are departmental colleague Professor Richard Barker, Professor Andrew Gelman of Columbia University, Director of the Tree Ring Lab at Columbia Professor Ed Cook, and Emeritus Professor Keith Briffa of the University of East Anglia, UK.

Dr Schofield says that their approach was to explore two areas where currently used approaches may not adequately account for these uncertainties. The first area involves the pre-processing of tree-ring data to remove non-climate related factors believed to be largely unrelated to climate effects on tree growth. Such factors include tree age, as the older a tree gets the less wide its rings tend to grow.

“This is convenient to do and the resulting tree-ring ‘chronologies’ are treated as relating to only the climate variables of interest. However, it assumes perfect removal of the non-climatic effects from the tree-ring data and ignores any uncertainty in removing this information,” Dr Schofield says.

The second area of uncertainty the researchers studied involves the particular modelling assumptions used in order to reconstruct climate from tree rings. Many of the assumptions are default choices, often chosen for convenience or manageability.

“This has made it difficult to evaluate how sensitive reconstructions are to alternate modelling assumptions,” he says.

To test this sensitivity, the researchers developed a unified statistical modelling approach using Bayesian inference that simultaneously accounts for non-climatic and climatic variability.

The team reconstructed summer temperature in Northern Sweden between 1496 and 1912 from ring measurements of 121 Scots Pine trees.

They found that competing models fit the Scots Pine data equally well but still led to substantially different predictions of historical temperature due to the differing assumptions underlying each model.

While the periods of relatively warmer and cooler temperatures were robust between models, the magnitude of the resulting temperatures was highly dependent on the model being used.

This suggests that there is less certainty than implied by a reconstruction developed using any one set of assumptions.