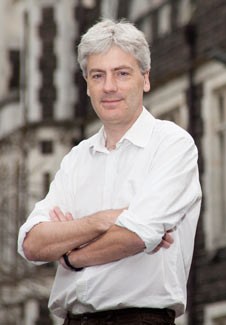 Modern-day tolerance towards immigrants is significantly higher in English towns that welcomed medieval Jews, according to new research into persistent regional variations in attitudes to immigration.

A study by Professor David Fielding, an economist at New Zealand’s University of Otago, shows that, on average, feelings towards 21st-century immigrants are significantly more positive among survey respondents in constituencies in England that were home to a Jewish immigrant community in the Middle Ages.

Towns with a substantial medieval Jewish population were identified by the presence of a chest, or archa, where by law all local contracts between Jews and Christians had to be deposited. By the mid-13th century, 30 English towns housed such chests.

The study, published in the British Journal of Political Science, additionally found that people surveyed in these constituencies also showed less support for the anti-immigration UKIP and BNP political parties.

The research involved modelling responses to survey questions from the British Election Studies of 2005 and 2010 while taking respondents’ socioeconomic and constituency characteristics into account.

In the journal article, Professor Fielding writes that, “the results consistently point to a significant difference between English towns with a Jewish heritage and those without: in the twenty-first century, towns that welcomed medieval Jews show less anti-immigrant sentiment and less support for far-right parties.”

“The results here also suggest the persistence of an underlying cultural trait, of which attitudes towards a specific ethnic minority are just one expression, since the Jewish community was expelled from England in 1290 and there was no substantial foreign immigration until four centuries later.”

Professor Fielding says the findings imply that certain cities have an inherent ability to cope more easily with ethnic diversity.

“Policies that persuade such cities to take advantage of this ability by encouraging immigration or investment in activities that require more racial tolerance (such as international trade and tourism) could promote economic growth at the local and national levels.”