The complicated legacy of Ireland’s 1916 Easter Rising, and its impact in New Zealand, will be the focus of a conference in Dunedin next week, which was organised by the University of Otago’s Centre for Irish and Scottish Studies. 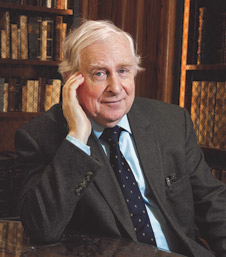 The two-day public event opens on March 22, and will feature lectures by several international and national experts in Irish history, including plenary speakers University of Cork Emeritus Professor of History Dermot Keogh and Oxford-based New Zealand historian James Belich. The conference will be opened by Irish Ambassador Noel White.

University of Otago Eamon Cleary Professor of Irish Studies Peter Kuch says the conference, entitled Yet no clear fact to be discerned: the New Zealand response to the 1916 Easter Rising is aimed at raising awareness of the Rising’s significance.

“It is well known that popular sentiment played a key role in all these events and that it continues to influence their interpretation. Though a considerable amount of research on Irish and English sentiment has been undertaken, the precise chronology and archaeology of sentiment in the diaspora remains largely unknown. Despite the significant number of Irish people that immigrated here, the story of New Zealand’s engagement with, and response to, the 1916 Easter Rising is yet to be told.” 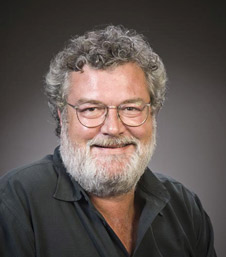 The Easter Rising began on 24 April 1916, when several thousand Irish nationalists took up arms, seized key buildings in Dublin, and declared an Irish Republic. British troops suppressed the “rebellion” during a six-day conflict which left about 2000 people killed or wounded, and much of central Dublin destroyed.

Although initially dismissed as “treachery” and a “stab in the back”, public opinion began to change as the executions of the ring-leaders and the mass arrest of most of those who were involved prompted people to ask why the Rising occurred, Professor Kuch says.

“We need to reframe the discussion on the Rising so that the violence, and the legacy of that violence, can be acknowledged. We also need to discuss the people, both male and female, who were involved for a variety of reasons. They were passionately devoted for an array of cultural, political and spiritual reasons.”

The conference title, taken from a WB Yeats poem on the conflict, alludes to the key role “popular sentiment” played in shaping the New Zealand public’s perception of the conflict.

Much of the information which reached New Zealand was reported via the British press, and this reporting often obscured the realities of the conflict; it was often portrayed as part of a socialist revolution or a German plot to subvert the war effort – the discovery that Irish nationalists were equipped with German weapons added to this belief.

Many saw the Rising, which was planned in 1915 at the time of the bloody Gallipoli campaign, as an intensely unpatriotic “betrayal” in a time of war, Professor Kuch says.

Some precedents of censorship set during the conflict also remained; during the “Troubles” in Ireland decades later, the BBC blocked the voice of Sinn Fein leader Gerry Adams and used an actor to read his quotes.

Professor Keogh will deliver the Centre’s Annual St Patrick’s Day Lecture at Burns 2 on Thursday, 17 March, at 6pm. The lecture Ireland in 2016; problems, prospects, hopes is open to the public.
Yet no clear fact to be discerned: the New Zealand response to the 1916 Easter Rising, 22-23 March. Free event open to the public. Details at: www.otago.ac.nz/easter-rising-1916.