Parasites of endangered animals should be conserved 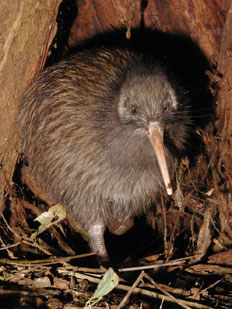 Conservation managers who try to keep members of endangered animal species parasite-free are well-intentioned but this approach is misguided, according to a new research paper co-authored by a University of Otago zoologist.

In a paper appearing in the journal Trends in Ecology and Evolution, Otago’s Professor Hamish Spencer and US evolutionary biologist Professor Marlene Zuk argue that there are good reasons why parasites should be conserved along with their endangered hosts.

The pair writes that “captive rearing programmes, as well as zoos and other facilities, take for granted that keeping their animals healthy and parasite-free is essential, since by definition parasites reduce their host’s fitness. But the elimination of a natural complement of parasites might have unintended consequences”.

“Because parasites have been co-evolving with their hosts for so long, they have become part of the external environment, and removing parasites, even if it has some positive effects on an individual host’s health, has the potential to wreak havoc with ecological systems.”

Professor Spencer says that for example, exposure to parasites might be crucial to the host animal’s development of a fully functional immune system and hence to its survival.

“Exposure to parasites in early life can confer improved resistance to the same parasites later on, and recent research shows that such exposure may enhance the overall development and efficacy of the immune system in defending against a wide variety of infections.”

Professors Zuk and Spencer note that zoos and other captive animal facilities generally have extensive anti-parasite procedures, and when animals are reared they are not inoculated with a standard assortment of parasitic organisms.

“Perhaps more worryingly, protocols of reintroduction programmes often require the very opposite, with animals dosed with a range of anti-parasitic treatments before release.”

Professor Spencer says they are not calling for conservation managers to completely ignore parasites and that major parasite infestation obviously needs to be treated, but low levels of a variety of parasite infections might even improve conservation outcomes.