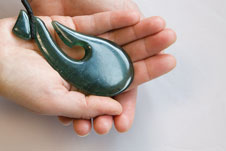 New Zealand is making gains at improving underlying factors affecting the health of Māori children and young people, a new report by the University of Otago-based NZ Child and Youth Epidemiology Service shows.

However the report, produced with funding from the Ministry of Health, also documents that much work is still needed to achieve equity in social determinants of health, with Māori (and Pacific) children nearly twice as likely as Pākehā children to grow up in households experiencing significant hardships.

The researchers, headed by NZCYES Director Dr Jean Simpson, of the University of Otago, provide a snapshot of progress in addressing many of the determinants of health including child poverty and living standards, housing, early childhood education, tobacco use, alcohol related harm, and children’s exposure to family violence. It also updates a previous report released three years ago in 2012.

The progress in this latest report includes:

The New Zealand Child and Youth Epidemiology Service acting Director, Dr Mavis Duncanson, wants to assist those working in the health sector to consider the roles other agencies play in influencing child and youth health outcomes that are related to these determinants:

“An inter-agency approach is necessary since addressing the disproportionate burden of avoidable morbidity and mortality experienced by Māori children and young people is a formidable task for the health sector alone. Working jointly with Child Youth and Family and the Police to protect vulnerable children from intentional injury, or with Housing New Zealand and other social housing providers to ensure families can access affordable good quality housing, are examples of tangible starting points.

“We can see from this that there is a positive story emerging and that the investment is having positive outcomes, but it also highlights ongoing unequal distribution of power, money and resources essential to health.”

Throughout NZ Māori children and young people (aged 0-24 years) are more likely than non-Māori to live in areas with the highest deprivation scores and lowest school decile ratings.

From 2011 to 2013, on average, 34 per cent of Māori children and 16 per cent of European children lived in households experiencing relative poverty (less than 60 per cent of national median income after housing costs).

In commenting on the report, Ms Bridget Robson Associate Dean (Māori), University of Otago, Wellington, says; “The whole of society gains when all children have equitable access to excellent education, healthy secure housing, safe environments to live, learn and play, and opportunities to fully participate in the economic, social and cultural life of the nation.”

Ms Robson quoted the whakataukī “Te toto o te tangata he kai; te oranga o te tangata he whenua” (the lifeblood of a person is derived from food; the livelihood of a people depends on land) to illustrate the importance of wealth as well as income in achieving an inclusive society.

“Income provides the kai – what we need to survive every day. Wealth is with the whenua. With whenua we can feed the people of today and the generations of tomorrow. We can store kai for lean times, grow our pa harakeke, and build our whare to house the people.”

This wisdom is consistent with the World Health Organization recognition that inequitable outcomes in health status are mostly the result of the conditions in which children are born and grow; conditions shaped largely by the distribution of power, money and resources and collectively known as the social determinants of health. The authors of this report are Jean Simpson, Judith Adams, Glenda Oben, Andrew Wicken and Mavis Duncanson.