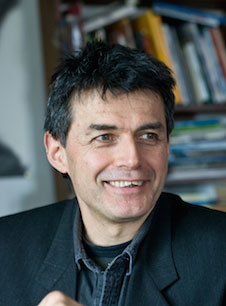 Book Award poetry category judges Elizabeth Caffin, Paul Millar and Selina Tusitala Marsh said choosing the The Conch Trumpet as winner was “in part a tribute to decades of resounding poetry with a distinctive Pacific voice and vision.”

“Always vigorous and fluent, he evokes in song and incantation the ancient, the deep, the unspoken forces of myth and memory in Aotearoa,” they said.

OUP publisher Rachel Scott agreed the award was recognition of not only fine poetry, but Mr Eggleton’s “lifetime contribution to the genre.”

Publicity co-ordinator Rhian Gallagher said the win further enhanced OUP’s reputation on the national stage as “a producer of significant poetry” and “lifted the game” of an already impressive publication list, which included poetry collections by previous national award recipients such as Cilla McQueen.

“There is much excitement at the Press. It is a very well-deserved win that will raise David’s profile as a New Zealand bard. As the culmination of five years’ worth of work, this book in particular gathers together so many topics, and reflects so many areas he’s given attention to,” she said.

“David has won several awards for his reviewing [he is a six-time Montana New Zealand Reviewer of the Year] but this is his first Book Awards win for poetry, and it means so much to him,” publisher Rachel Scott said.

Eggleton has strong links with the University of Otago, and was its Robert Burns Fellowship recipient in 1990. He has been editor of the OUP-produced literary journal Landfall since 2010, and also of its online spinoff Landfall Review Online.

Other awards include the London Time Out's Street Poet of the Year (1985), and the 2015 Janet Frame Literary Trust Award for Poetry. A video, For Art's Sake: Art and Politics. Performance Poet David Eggleton, won the TV Arts Documentary prize in the 1997 Qantas Media Awards.

A full event report and winner’s list is available here.

Mr Eggleton will appear alongside winners from three categories at another AWRF event, 'The Winners' Podium', on Friday 13 May.